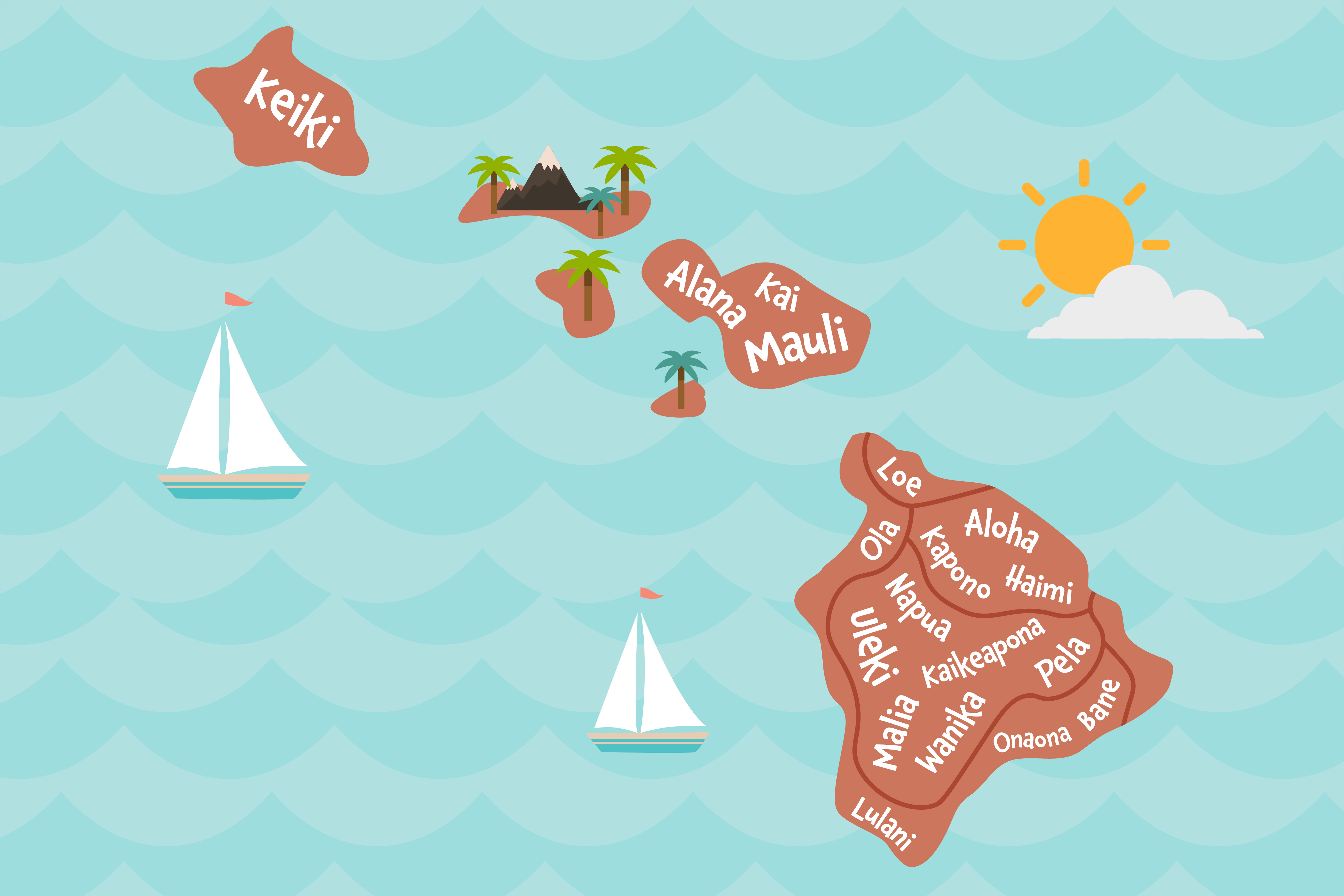 If you have visited the beautiful islands of Hawaii, you will notice how unique the culture is compared to other states in the USA. Even though traditional Hawaiian names are used less often these days, many of the people born there still take them on as middle names to preserve that part of their heritage.

Below there are some once-popular baby boy names, baby girl names, and gender-neutral Hawaiian names. You can learn a little bit about each one, as well as about naming traditions in Hawaii.

When you take a look at ancient Hawaii, they did not have last names like they do today. This changed in 1860 when the 4th monarch of Hawaii, Kamehameha, signed the Act to Regulate Names. It stated that any children born from that moment on were to be given a Christian English first name and their Hawaiian name would be their middle name. Their surname would be their father’s given name.

All genuine Hawaiian names are unisex. Many of the names you see used in Hawaii today are of Hawaiian origin but are technically English names. Hawaii has been part of the United States since 1898, and this is probably the reason why we have seen a rise of Hawaiian names of English origin.

Before all of this happened, Hawaiians prided themselves on their diverse choices for given names. They were all unique and inspiration was drawn from several areas. Families couldn’t copy each other’s name choices, making duplicates very uncommon. You can name your child after a relative while others named their children after experiences and the world around them.