Meaning and Origin of: Kali 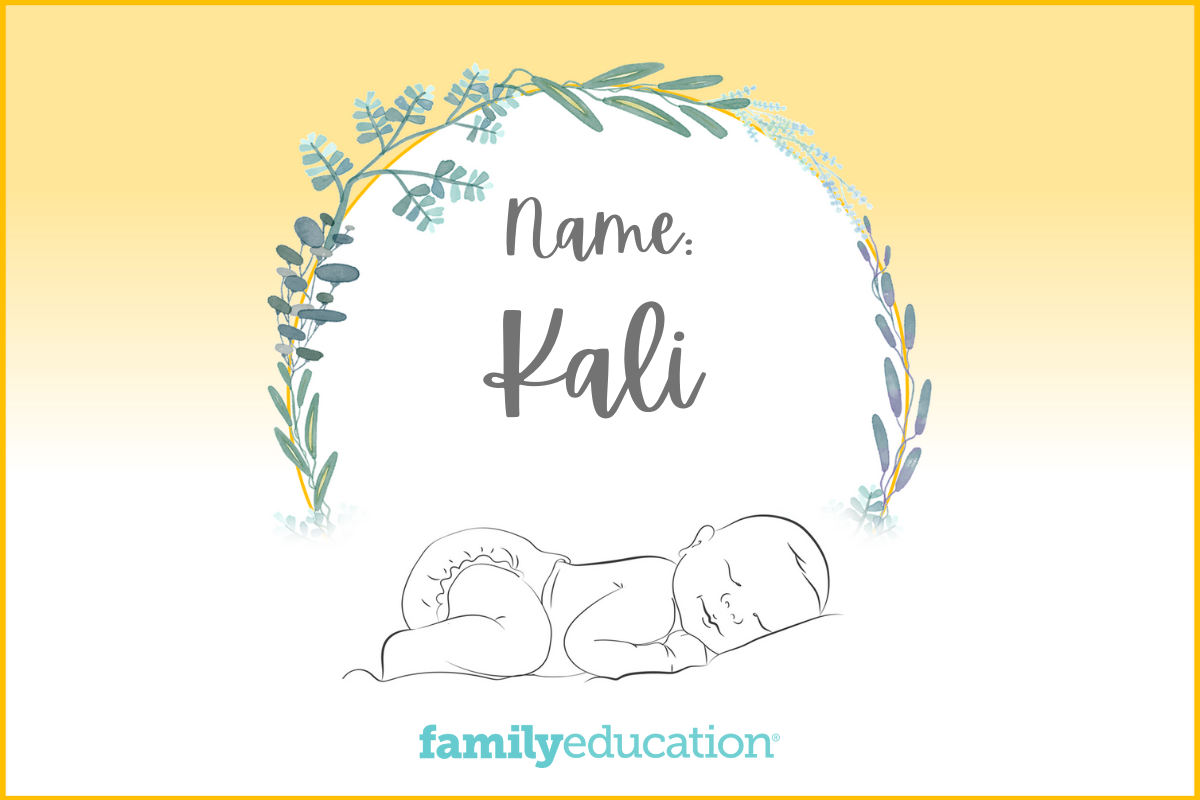 What Does Kali Mean and Stand For?

The name Kali comes from the Hindu goddess of death, time and change.

What Does the Name Kali Mean?

Kali is a girls' name of Hindu origin, which translates to "the black one." Kāli is a Hindu goddess considered to be the master of death, time and change. Despite being the master of death, Kāli is one of the most respected goddesses in the Hindu religion, and is often referred to as the Divine Mother.

This powerful girls' name is a great choice for a baby girl.

How Popular is the Name Kali?

Kali is the #283 most popular girls' name in the U.S., according to 2021 Social Security Administration data. It has been steadily rising on the charts since the year 2000. However, it ranks #4 on FamilyEducation.com.

According to Google search data analysis, in the last five years Kali was at its peak popularity in April 2018.

Popularity of the Name Kali in the United States

Kali was searched for most often in the following states:

Kali is a popular name for TV, movies, and books. The name Kali features in Teen Wolf, Supernatural, and Stranger Things.