Our Favorite 1920s Girl Names Making a Comeback in the 2020s

L. Elizabeth Forry
We've curated a list of the most popular girl names from the 1920s along with their meanings that are sure to trend again in the 2020s.
Table of contents

The roaring twenties are here again, and along with the decade, some of the most popular girl’s names from a century ago are back in style! The truth is, many of these elegant names have never really gone out of style but may have waned in popularity.

Perhaps you like one of the classic names like Elizabeth or Evelyn. You could also go with a fun and whimsical flapper name like Josephine or CoCo. No matter which one of these unique names you decide to go with, the 1920s are a great resource of terrific baby names!

We checked with the Social Security Administration to see the most popular baby names in the 1920s and have curated a list of 75 of the most classic and unique baby names inspired by the 1920s.

No matter which one of these names you choose for your little girl, every name on this list has proven to have staying power, and you are guaranteed to find the perfect name. 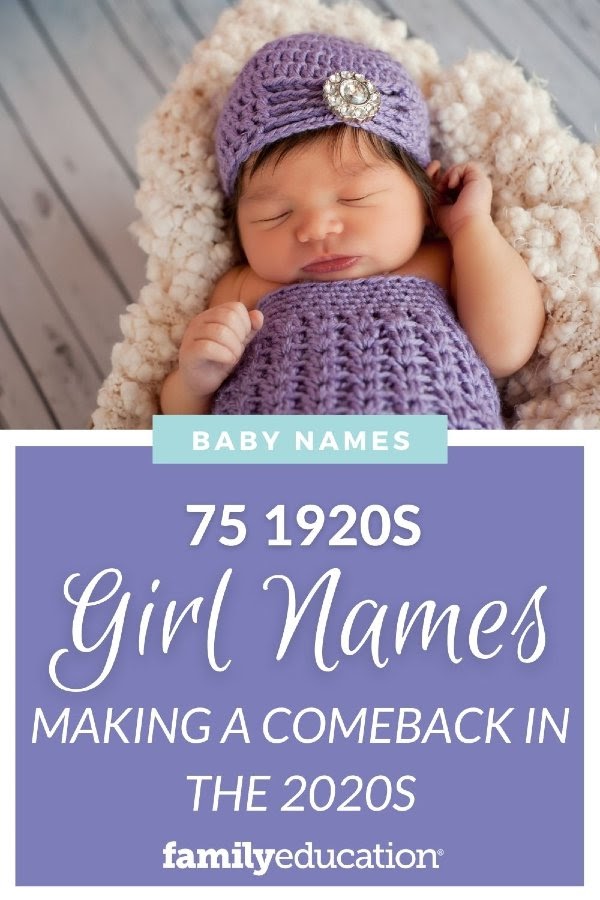