Meaning and Origin of: Ruby

The name Ruby is of Latin and French origin and means "deep red precious stone." It derives from the Latin word ruber, meaning red. 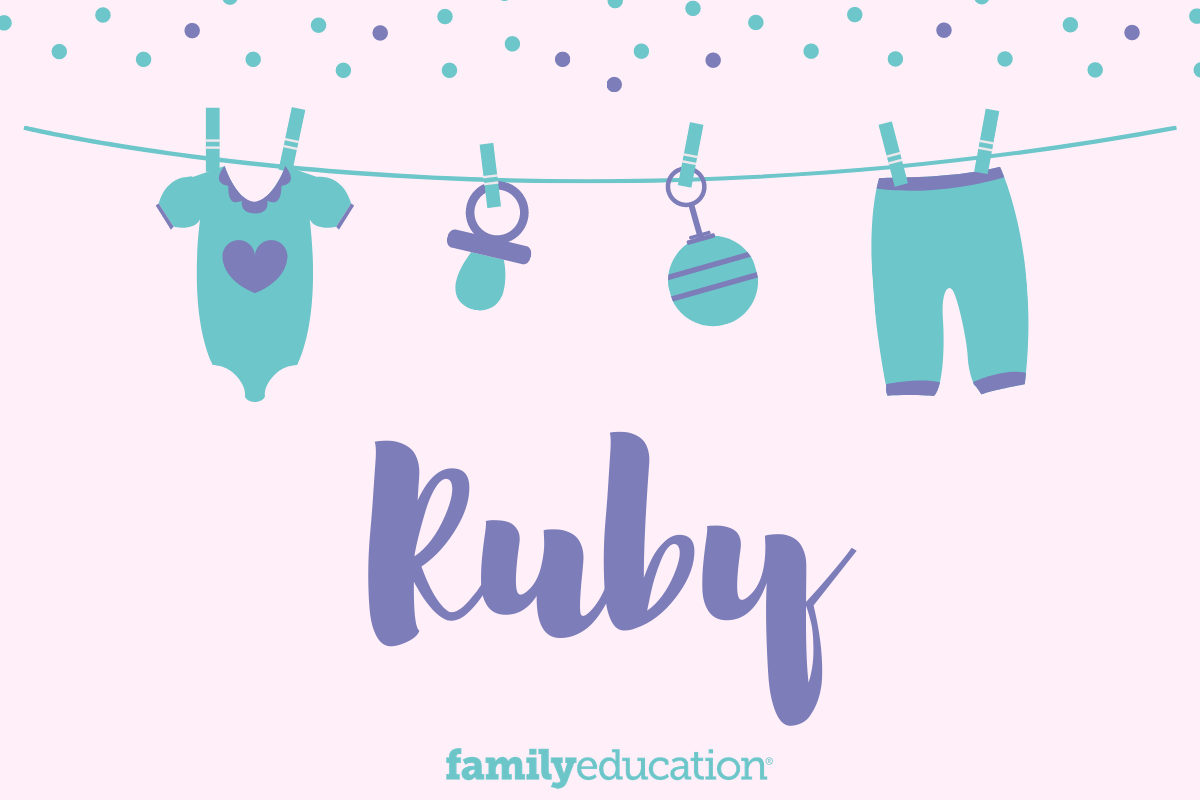 What does Ruby mean and stand for?

The name Ruby is of Latin and French origin and means "deep red precious stone." It derives from the Latin word ruber, meaning red. Originally the name of the gemstone and birthstone of July, Ruby became a given name for baby girls in the 19th century.

Popularity of the Name Ruby

According to Social Security Administration data, Ruby has slowly been rising in popularity, continuing to jump ranks since breaking the top 100 in 2013. Ruby reached its peak in 2019 at 66, which it has slightly fallen from since.

However, it is the 37th most popular name on FamilyEducation.com.

According to Google search data analysis, in the last five years, Ruby was at its peak popularity in July 2016.

Ruby, a vintage gem name, is perhaps one of the most popular as it invokes images of a deep, sassy red. Now popular in Wales, Ireland, England, and Australia, Ruby has been a hit for early rock songs in America, with songs like "Ruby, Don't Take Your Love from Me" and Rolling Stone's "Ruby Tuesday".

A notable Ruby is Ruby Bridges, the first black child to attend a white school in Louisiana in the 20th century. She remains a prominent activist today. Other namesakes include Ruby Dee, Ruby Keeler, Ruby Rose, and Ruby Wax. The name has been used for fictional characters in RWBY, Max and Ruby, Supernatural, and Stephen Universe.

Where is the Name Ruby Popular?

Ruby was searched for most often in the following states: