Flannel- and beanie-wearing folks who sip craft beer and eat artisanal cheeses. Whether you’re all for it, or they grind your gears, there is one thing that hipsters are actually quite good at - naming their babies. It sounds absolutely nutty, but it actually makes a lot of sense. Hipsters get it right when it comes to choosing innovative baby names.

More: 75 Native American Names for Your Little One

Hipsters are responsible for bringing back a lot of names that had kind of been lost. If you’re wondering why names that were popular when your grandparents were born are suddenly cool again, you know who to thank. But it’s not just old-fashioned names that hipsters have brought back and made cool. Its names of obscure or mainstream literary figures, too. Names that are a little off the beaten path but sound effortlessly chic are definitely credited to hipsters, as well. (We've also got a complete lift of hippie names here if that's more your speed.) 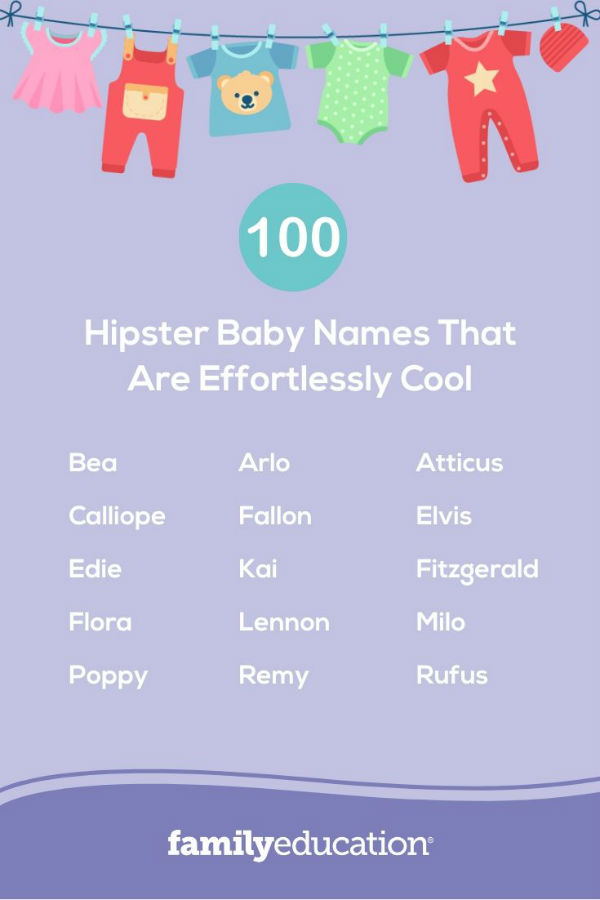