Stefanie Miller
Learn the most popular American names today, and discover the meaning and origin behind names in the United States.
Table of contents 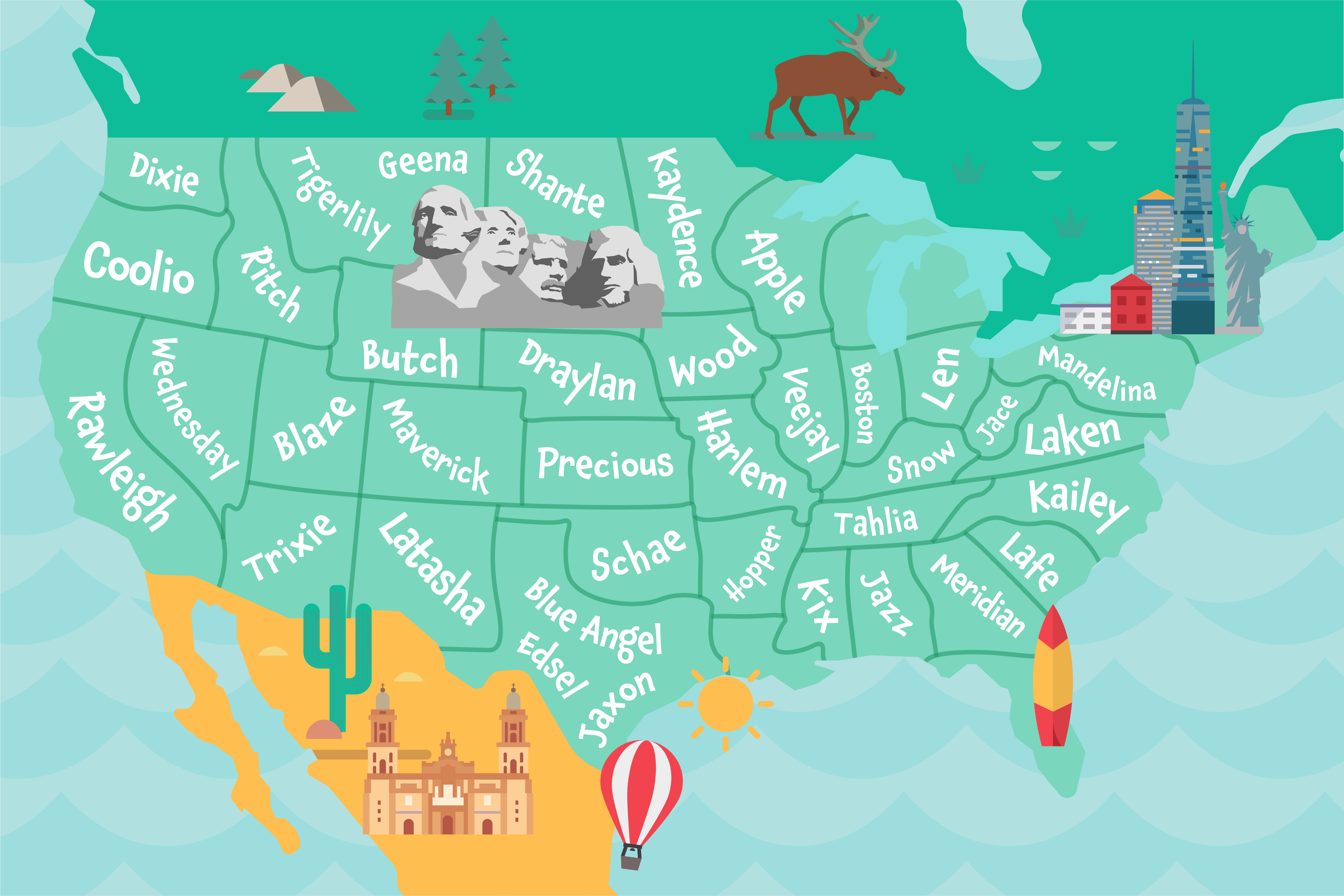 The United States is one of the most culturally diverse countries in the world. This is why you see names with a wide variety of origins. There is no real rhyme or reason when it comes to picking out a given name for your new baby in the US, but many people rely on several different factors when they are expecting. Below you will find a list of popular baby girl names, baby boy names, and unisex names.

Several of them are on the Top 1000 Baby Names List from the Social Security Administration as well. We will also touch on some of the ways Americans find inspiration when it comes to naming.

There are several ways that Americans draw inspiration for baby names. One of the most popular ways is through pop culture. Many parents will look to their favorite TV shows, movies, video games, etc. The list keeps going and going! Since they are no real strict laws when it comes to naming, besides the use of numerical characters and profanity, there are so many choices. Of course, the restrictions are on a state level, so if you are looking at a name that is really outside of the box, it may be worth checking out.
Other ways that Americans choose names for their children is using historical figures, ancestors and elder family members, or baby books to find a name they love because of how it sounds or they love its meaning. The possibilities are endless!