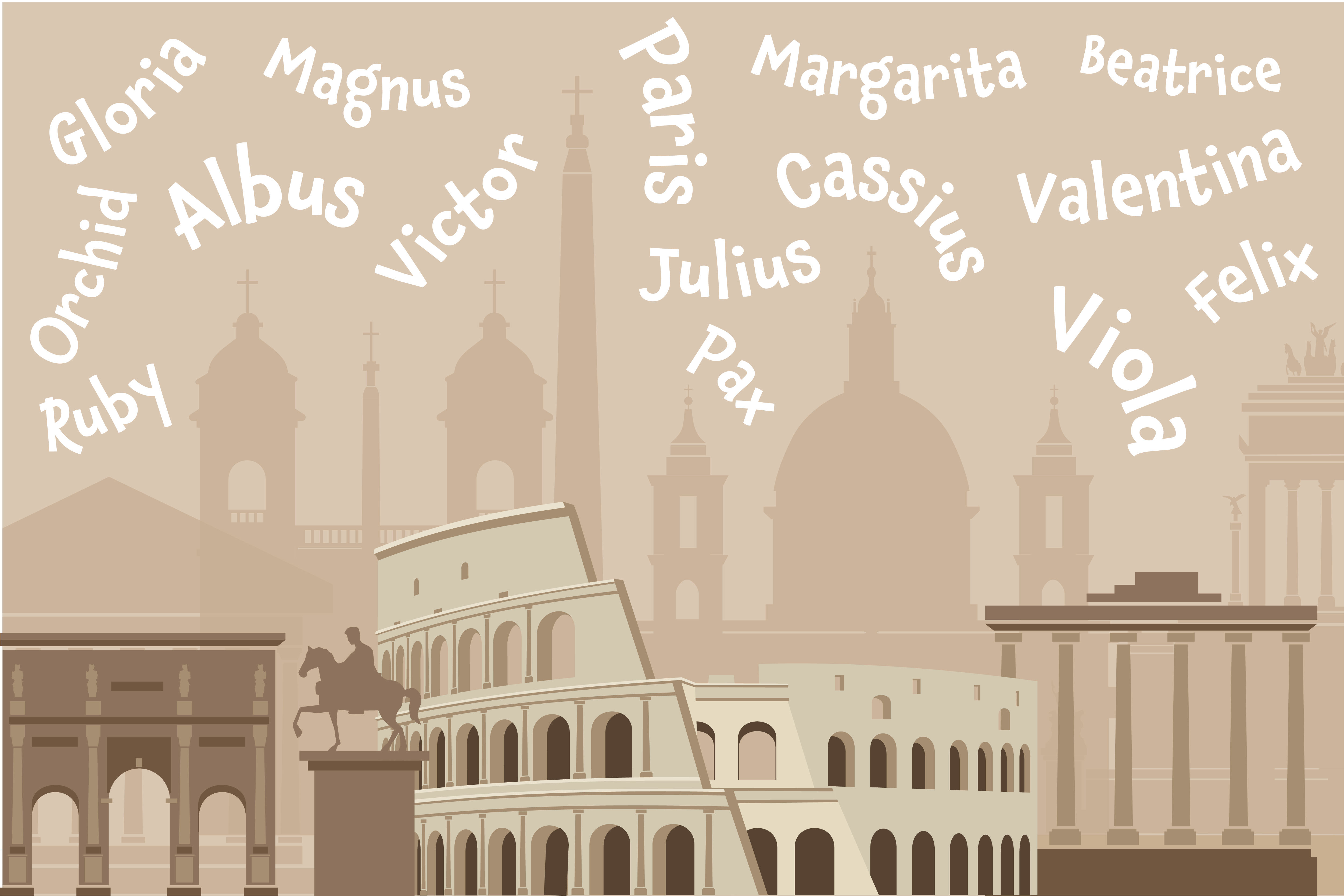 Latin was the language of ancient Rome and was spoken in the areas around Rome, originally known as Latium. It was the dominant language throughout the Roman Republic and remained prevalent throughout the western Roman empire.

Below is a list of Latin names that would make great options for your brand new bundle of joy. Latin is a widely spoken language and many words and names have both Latin origin, as well as other languages. Examples are Spanish, French, and English. The names included below are very common first names that are seen used all over the world such as Europe and Latin America.

When looking back at the origins of the Latin language, it dates all the way back to ancient Rome. Latin was the official language all around the Roman Empire. The Latium region is said to be where Latin came from, as well as the Italic tribe Latini who was the first to speak the dialect. There are several types of Latin as the language evolved such as Classical Latin, which was used during the Golden Age and Silver Age of literature. There's also Medieval Latin from the Middle Ages.
Latin spread throughout Europe after the fall of the ancient Roman Empire, as well as Central and South America (together with the Caribbean, this is known as modern "Latin America"). Several languages have been influenced by Latin, the biggest being Italian, Greek, Spanish, and French.

Like in many cultures, Latin names typically consist of a personal name and a family name. The methods for picking baby names date back to Roman civilization, where most names consisted of 3 parts. The first or praenomen is the given name chosen by the baby's parents. There were no restrictions on this name, by the family's cultures and traditions were taken into consideration when it's chosen. The second name, or nomen, was also known as the "gentile name" and it was given based on the family name. It was based on common ancestors, so it was similar to a surname. Finally, there is the cognomen, which was first used as another personal name. Most of the time, it was chosen based on someone's region, occupation, or even habit. It was a unique identifier that was used to distinguish individuals among families.

The Most Popular Latin Boy Names (and Meanings)

The Most Popular Latin Girl Names (and Meanings)