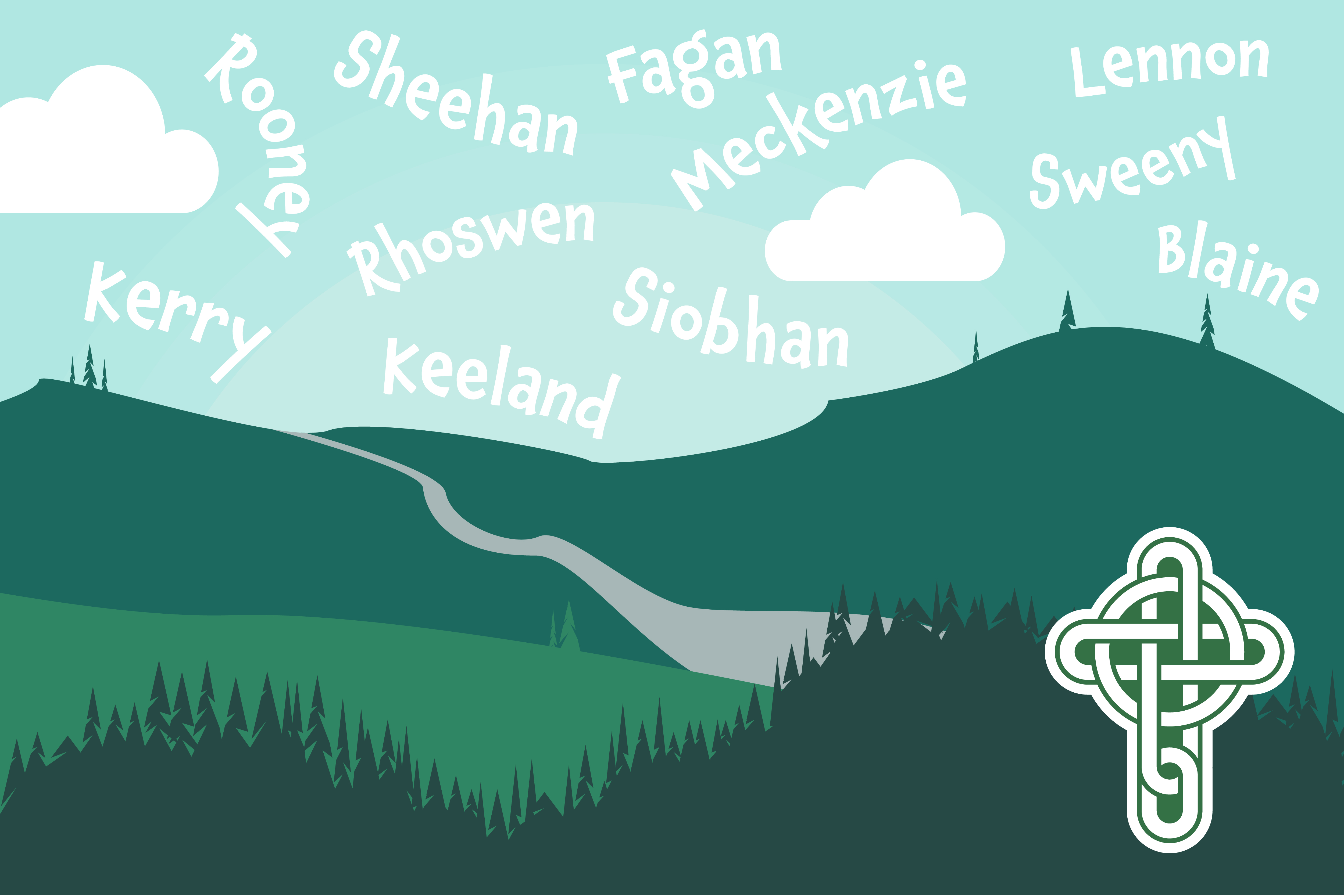 Gaelic is a Celtic language that includes the speech of ancient Ireland and the dialects that have developed from it, especially those usually known as Irish, Manx, and Scots Gaelic. Gaelic constitutes the Goidelic subbranch of Celtic.

A formal Gaelic name consists of a given name and a surname. Gaelic first names are comprised of linguistic elements from Goidelic, Latin, Norse, Anglo-Norman, and Scots. There are three different types of Goidelic names: descriptive names (usually nouns or adjectives), old compounds (names that were once fused together), and compounds.

It can often be difficult to tell if Gaelic first names are borrowed from Irish or Scottish Gaelic since the Gaelic people were most commonly from Ireland, the Scottish Highlands, and the Isle of Man. Gaelic names often have unique pronunciations and strong mythical backgrounds and heritages.

Gaelic and Celtic are two terms that get tossed around interchangeably, and it’s understandable as they are related. However, before we delve into our list of Gaelic names, let’s examine what the two terms mean.

The Celts or Celtics refers to a group of people who lived in Western Europe and originated in what is now Poland, Germany, The Czech Republic, and Austria.

They were driven east by the Germanic tribes that took over and headed towards modern-day England, Wales, Scotland, and Ireland. Gaelic refers to the languages are dialects Celtic people spoke. Some Gaelic languages are Welsh, Breton, Cornish, Irish, and Scottish.

So put simply, Gaelic refers to the languages, and Celtic refers to the people or culture. Therefore Celtic names tend also to be Celtic names. In Western and American culture, Gaelic and Celtic-inspired names have become trendy; my boys have Gaelic names, one Scottish and one Irish. Liam, a name I considered for my son, has been on the Social Security list of most popular boy names for over a decade; it currently ranks #2.

If you love the sound of a Gaelic name, have Celtic ancestry, or simply want something unique and trendy, we’ve compiled a list of some of the most popular, beautiful, and fun Gaelic names out there!

Andrew - A name with Greek origins meaning brave man. St. Andrew is the patron saint of Scotland.
Aodh - A true Gaelic name, it is used in both Scottish and Irish languages. It means fire.
Bruce - This name has Norman French and English roots and means from the brushwood or thicket. It was a common Scottish surname for nobles. The first Scottish King was Robert the Bruce.
Calum - A derivative of Malcolm, it means dove. Another version of the name is Colm.
Donal - Used in Scottish and Irish, it means world mighty or world rule.
Duncan - A name with Gaelic origins, it means dark warrior.
Ewan - By the yew tree, born of the yew tree, or youth, also spelled Euan.
Ian - A Scottish name with Hebrew origins meaning God is gracious.
Graham - Scottish. Gravelly homestead.

Image: Dunadd, an ancient sacred site of the Gaels, West of Scotland