Meaning and Origin of: Colt 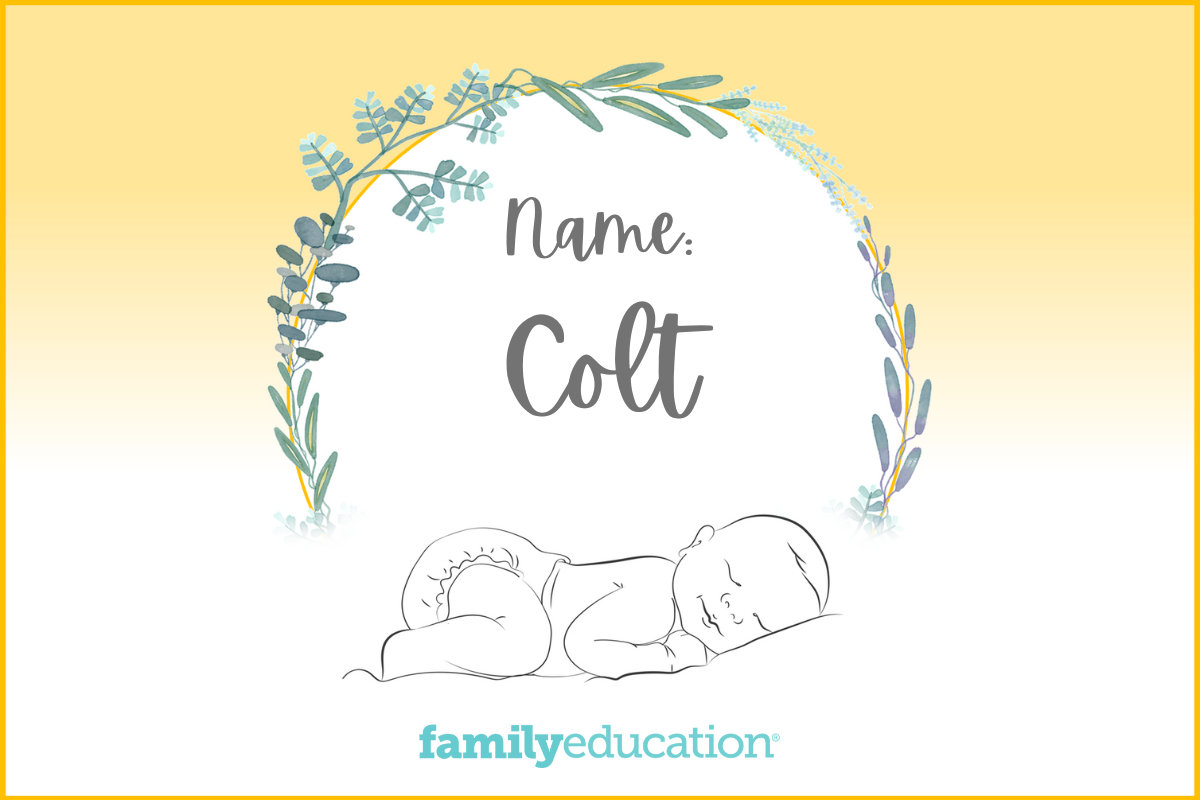 What does Colt mean and stand for?

The name Colt is a word name that means "young horse." It is also of Latin origin and can mean "lame." It was once used only a surname, with revolver inventor Samuel Colt being one of the most notable namesakes. However, in 1981, Colt became a popular given name choice after the main character from The Fall Guy.

What Does the Name Colt Mean?

Colt is a newly developed name that often invokes a masculine image. It is typically associated with guns, horses, and cowboys.

How Popular is the Name Colt?

Colt is the number 220 most popular boys name in the US, according to 2021 Social Security Administration data. Recently popular, Colt has rapidly increased ranks, jumping hundreds of spots in just a few short years.

A modern word name, Colt is associated with horses and guns. Thanks to its athletic namesakes, the name is considered masculine.

Popularity of the Name Colt in the United States

According to Google search data analysis, in the last five years Colt was at its peak popularity in May 2021.

Colt was searched for most often in the following states:

Once just a word for young horses, Colt has since become popular in pop culture. It invokes images of the Indianapolis Colts, NFL player Colter Anderson, and NFL quarterback Colt McCoy, giving it an athletic feel. Not to mention, another notable namesake, Samuel Colt, is credited with inventing the revolver. Colt has also become a popular choice for fictional characters, appearing in The Ranch, Supernatural, and The Spirit.