Meaning and Origin of: Cash 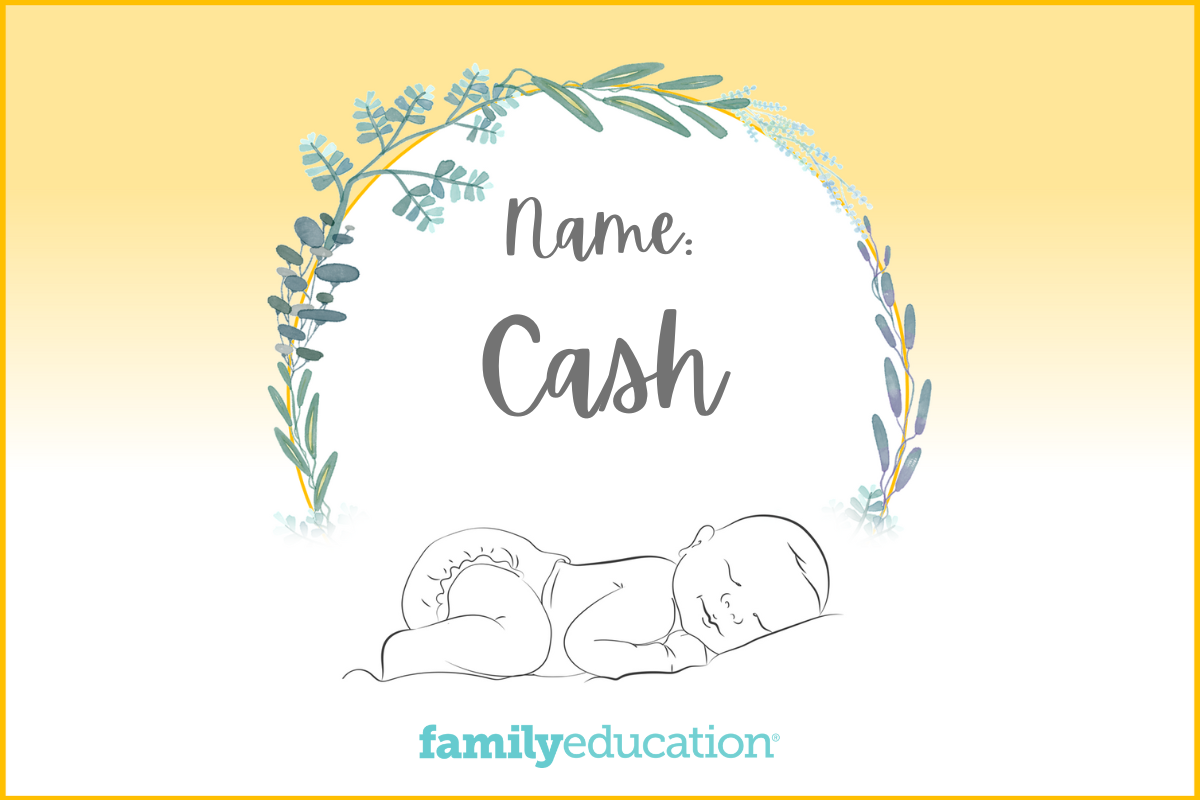 What does Cash mean and stand for?

The name Cash is of Latin origin and means "vain." It was originally an occupational surname for box makers and is derived from Norman French casse.

What Does the Name Cash Mean?

Cash is a word name of Latin origin and means "hollow." Thanks to Johnny Cash, it has a bit of a musical ring to it.

How Popular is the Name Cash?

Cash is the number 253 most popular boys name in the US, according to 2021 Social Security Administration data. Since entering the top 300 in 2008, Cash has remained within 30 ranks each year.

Popularity of the Name Cash in the United States

According to Google search data analysis, in the last five years Cash was at its peak popularity in December 2017.

Cash was searched for most often in the following states:

Originally a surname (think Johnny Cash), Cash has made quite the name for itself as a given name. Some notable namesakes include producer Cash Garner Warren, musician Cash Colligan, and novelist Cashman "Cash" Peters. Given it's newfound popularity, it's no surprise that Cash has been chosen for many celebrity children, such as the son of actress Annabeth Gish and stuntman Wade Allen, the son of baseball player Russell Branyan, the son of actor Joshua Morrow, and the son of country music singer John Rich to name a few. The name has also appeared in As I Lay Dying and Shut Out.