Paige Breaux
Muslim names are meaningful to the religion of Islam and often have Arabic and familial roots. Find your Muslim last name and learn about its meaning and origins.
Table of contents 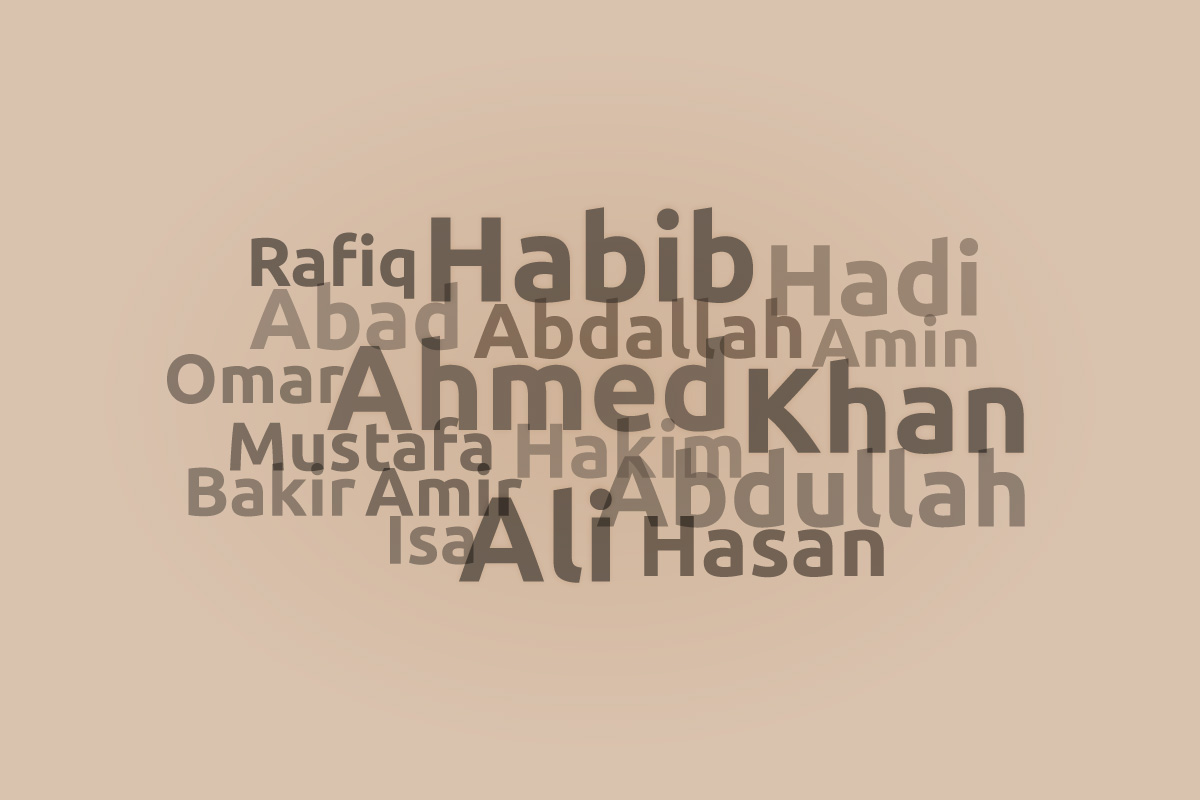 Muslims are followers of the religion Islam and the Prophet Muhammad or Mohammed. Muslims will often take on a last name with religious connotations or names honoring important figures in the Quran or the Muslim Bible.

Last names are often associated with God or the Prophet. For instance, Abdullah means "servant of God, abd meaning "servant" and -ullah being a variation of Allah. But Muslim naming practices have moved beyond believers of Islam. In Egypt, for instance, a Christian might have the name Abdel-Massih, which means "servant of the Christ."

Islam places great emphasis on family relationships and lineages. In Islamic law, it is typical for a wife not to take her husband's surname. Instead, women keep their family name or the name of their father their entire life. The importance of this practice is to maintain connections with their lineage.  While most Muslim names are of Arabic origin, it is not required for those who practice or convert to Islam to choose an Arabic surname. Muslims are found all over the globe. Therefore, it's not uncommon for a practicing Muslim may have a name with Indian, Turkish, or Nigerian roots as well.

Typically, Islamic names follow the common Arabic custom of naming a child after their father's name and indicate familial ties. Therefore for Muslim boy names, the child's name will follow the pattern of given name + "ibn" (son of) + father's given name. For example, Bilal ibn Rabah, a companion of the Prophet Muhammad, would be the son of Rabah. For Muslim girl names, the same naming customs are followed but using "bint" (daughter of). For example, Ataya bint Ahmad is the daughter of Ahmad.

Many full Muslim names also contain the prefix "al" which is the Arabic word for "the." Many popular surnames include the words "abd al" or Abdul which translates to "servant of the" or "slave of the." Therefore, the name "Abdul Hussein (slave of Hussein) refers to someone who serves the Islamic holy figure Hussein, grandson of Muhammad.

When choosing a baby name, it is also important for Muslim parents to select a name that is not considered offensive or insulting. Forbidden names or haraam names are generally terrible figures in history or represent a different religion. Some Islamic countries like Saudi Arabia have created stricter naming rules for baby names, banning names like "Alice" and "Linda" which they deem as foreign or not religiously significant.

Paige Breaux is the Editor and Content Strategist for Familyeducation.com. Paige is a lifelong storyteller and enthusiastic editor with a background in writing and digital marketing for B2B tech brands and online lifestyle publications.