Meaning and Origin of: Ryder 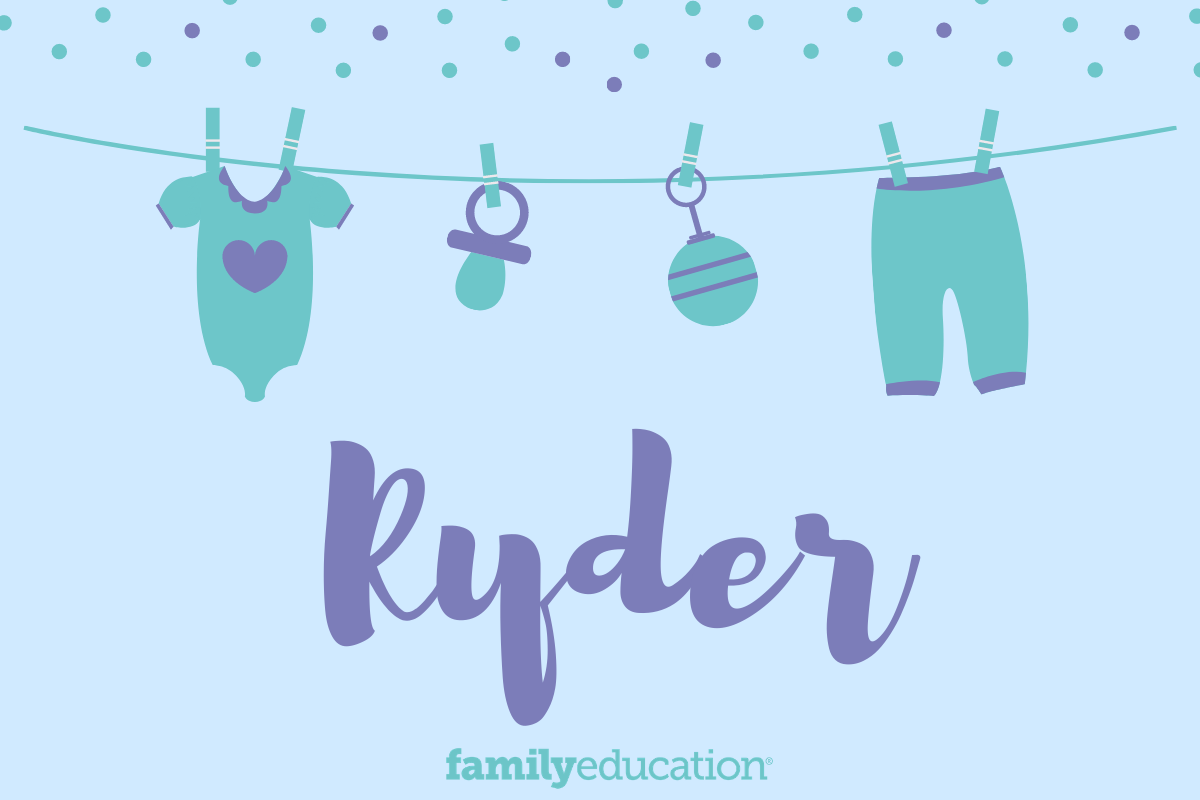 What does Ryder mean and stand for?

The name Ryder is of Old English origin and means "horsemen" or "cavalrymen, messenger." It was originally used a surname, but became a popular given name in the 20th century. Ryder is derived from the Old English ridere, meaning "mounted warrior."

According to Social Security Administration data, Ryder has been erratically popular, breaking the top 100 in 2014 and 2015, and toggling between the top 130, 120, and 110 in the last few years.

However, it is the 36th most popular name on FamilyEducation.com.

According to Google search data analysis, in the last five years Ryder was at its peak popularity in September 2018.

Ryder was first used as a surname before gaining popularity as a given name. Winona Ryder, born Winona Horowitz, is a great example. Other notable namesakes include novelist Ryder Windham and actor Ryder Smyth. Since Kate Hudson chose the name for her son in 2004, Ryder has been a popular choice among celebrities, including director Chris Buck, actor John Leguizamo, chef Guy Fieri, singer Megan Joy, baseball player Ryan Vogelsong, singer Rodney Atkins, and actor Jackson Hurst. Ryder has also been a popular choice for characters, appearing in Glee, Melissa and Joey, The Young and the Restless, One Life to Live, PAW Patrol, and the video game Grand Theft Auto: San Andreas.

Ryder was searched for most often in the following states: