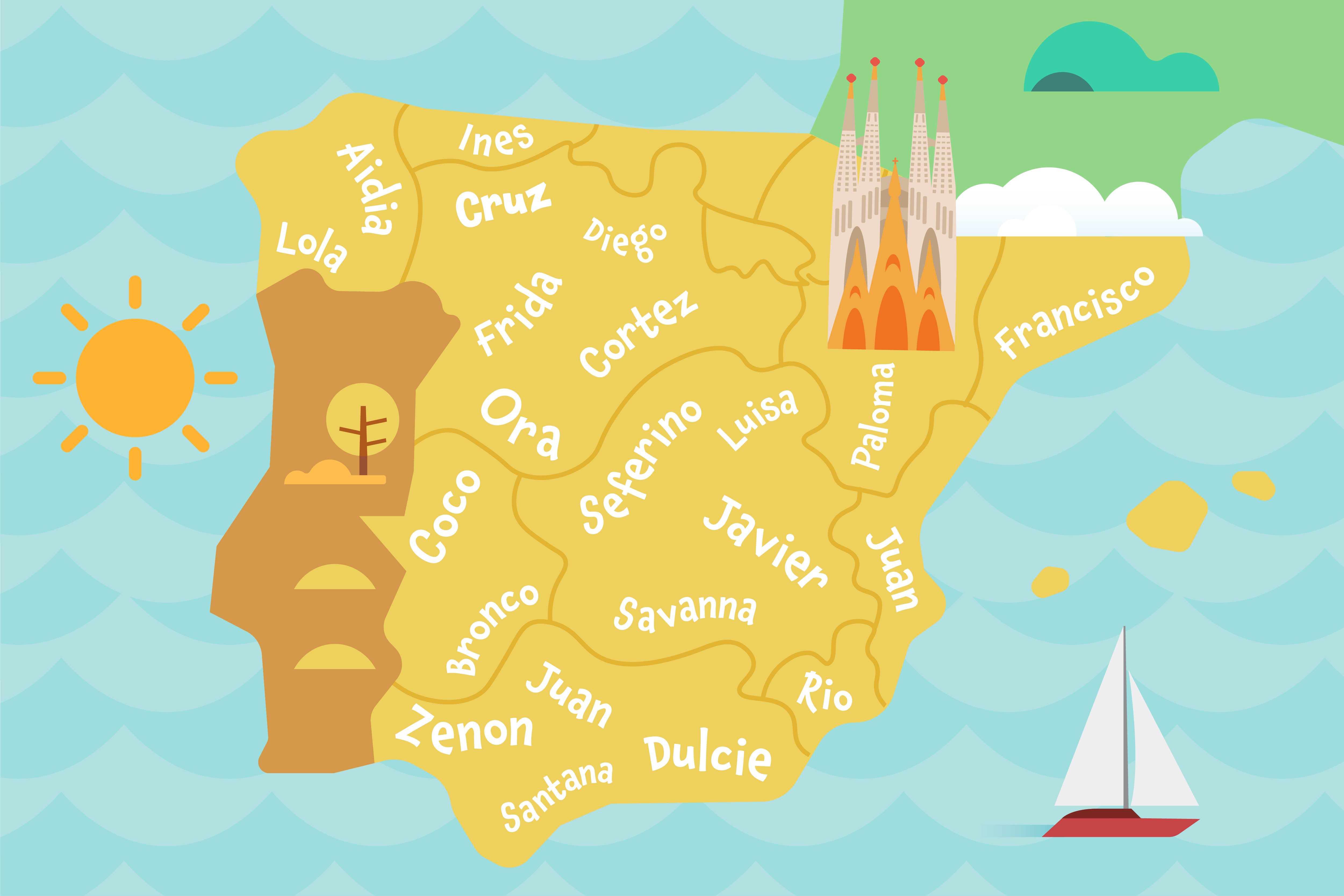 Spanish baby names originate from Spain and in many other Spanish-speaking regions in Latin America. It is most common in traditional Spanish naming customs to have one or two given names, followed by two surnames.

Most Popular Spanish Names on FamilyEducation

Traditional Spanish names are heavily influenced by the names of saints and the Catholic religion. Spain is one of the oldest practicing Christian countries, and its explorers and conquerors brought the religion to the Americas in the 16th century. Maria, for example, is one of the most popular names for girls in Spanish-speaking places worldwide; it is a name that honors the Virgin Mary.

Names are also commonly influenced by history and literature. In their heyday, the Spanish traveled far and wide and were influenced by many cultures and places. They share a border with Portugal and also share many names with Portuguese origins.
A common tradition is that If someone has two given names, the first name generally reflects gender, while the second may be from either gender to honor a saint or relative. So, for example, a boy may be named something like Jose Maria.

Christianity, in particular Catholocism, has played a significant role in the cultural development of Spain and regions settled or conquered by Spanish inhabitants. Many of the most popular baby names in Hispanic parts of the world stem from the religion.

Most Popular Spanish Names for Girls

Most Popular Spanish Names for Boys