Meaning and Origin of: Francisco 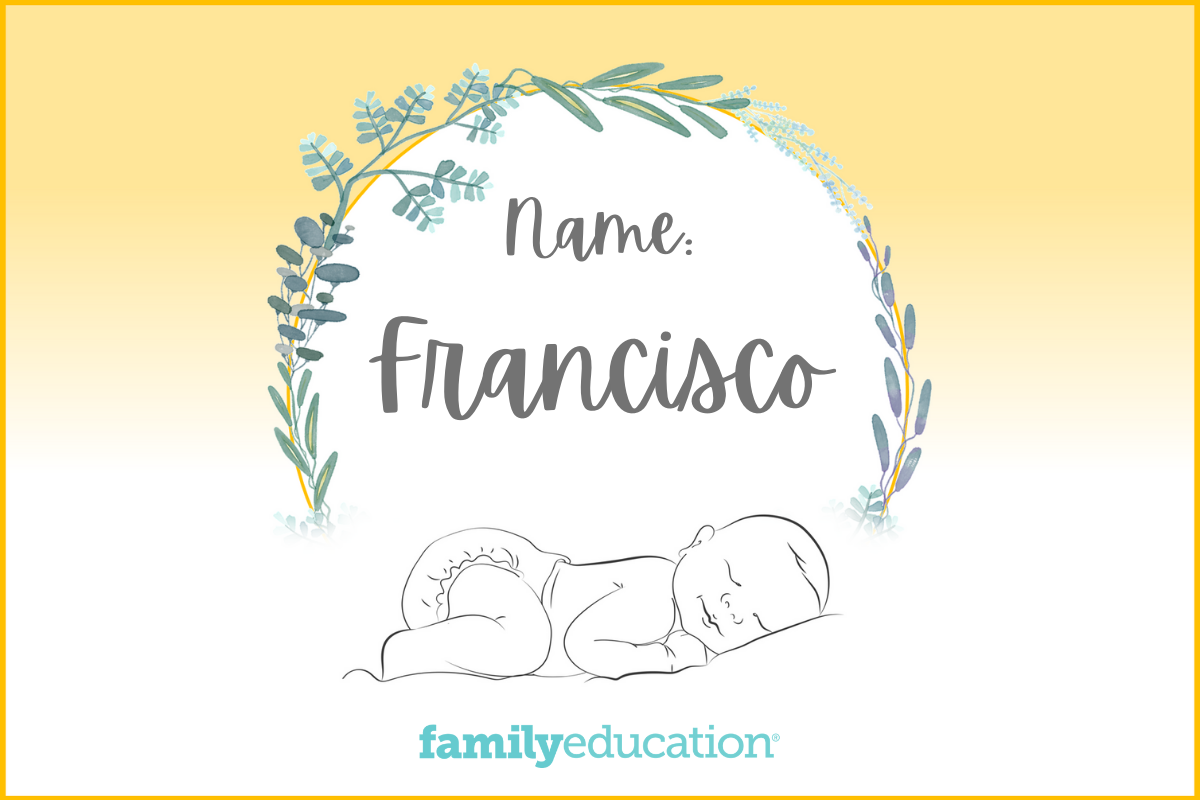 What does Francisco mean and stand for?

The name Francisco is the Spanish and Portuguese form of Franciscus, and means "free land." Saint Francis Xavier (1506-1552) is one of the most notable namesakes, as well as dictator Francisco Franco and painter Francisco de Goya.

What Does the Name Francisco Mean?

Francisco is of Spanish and Portuguese origin and means "free man." It has been a rather popular choice in the US, as well as in Latin American, Spain, and Portugal.

How Popular is the Name Francisco?

Francisco is the number 296 most popular boys name in the US, according to 2021 Social Security Administration data. It has remained in the top 300 for the last few decades despite falling out of the top 200 in 2011.

Cody has been a popular Spanish name in various countries, eventually making its way to the US. It is now considered a "hipster" name due to its relation to the California city San Francisco. The name also invokes images of painter Francisco de Goya and dictator Francisco Franco.

Popularity of the Name Francisco in the United States

According to Google search data analysis, in the last five years Francisco was at its peak popularity in March 2020.

Francisco was searched for most often in the following states: