Meaning and Origin of: Griffin 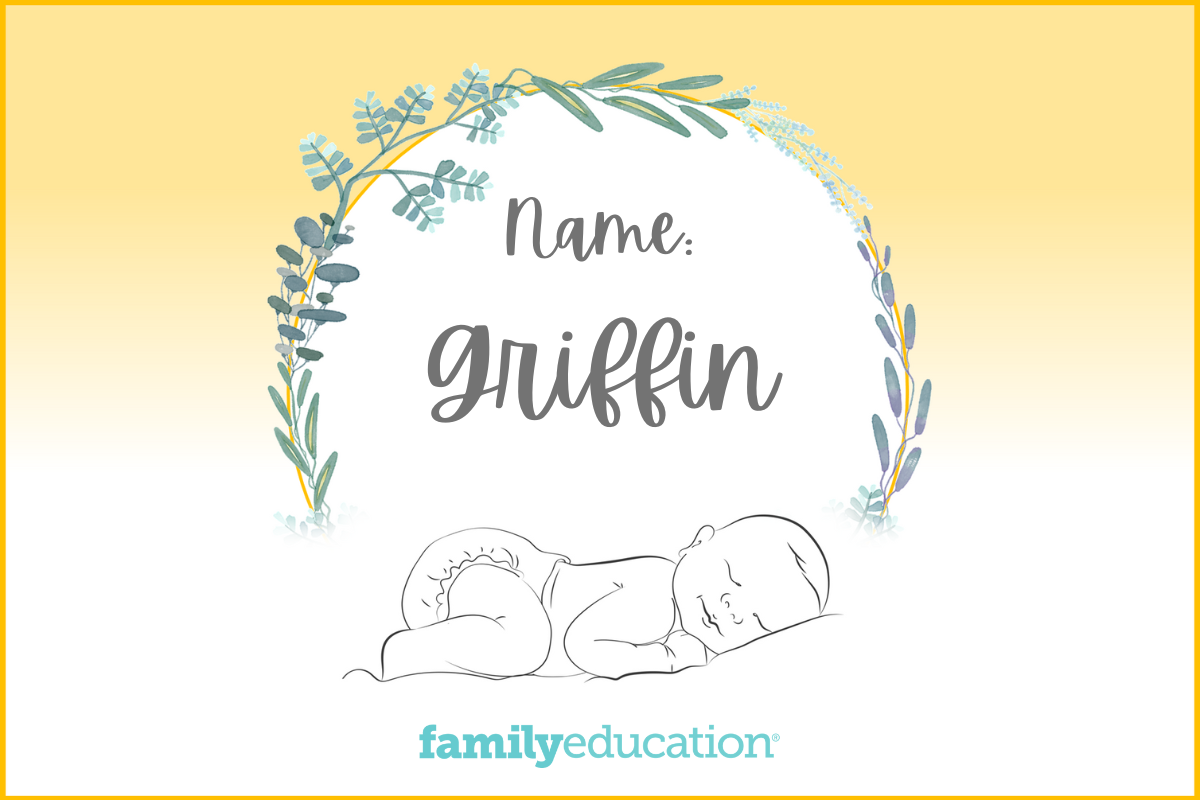 What does Griffin mean and stand for?

The name Griffin has many origins, but is thought to be derived from the Greek word gryps and in English, represents the mythological breast that is half eagle and half lion. It is the Latinized form of Gruffudd.

What Does the Name Griffin Mean?

The name Griffin is a gender-neutral name of Latin origin and means "strong lord." It has become a popular given name in recent years after being used mostly as surname. Griffin is also the name used to symbolize the mythological creature that was half eagle half lion."

How Popular is the Name Griffin?

Griffin is the number 232 most popular boys name in the US, according to 2021 Social Security Administration data. It has been fairly stagnant, remaining within ten ranks for the last two decades.

However, it is the 6th most popular name on FamilyEducation.com.

Popularity of the Name Griffin in the United States

According to Google search data analysis, in the last five years Griffin was at its peak popularity in February 2018.

Griffin was searched for most often in the following states:

Griffen, a once popular surname, entered the list of popular given names in 1983. Since then, it has been chosen by some prominent celebrities for their children, including actors Ryan O'Neal and Joanna Moore, actor Brendan Fraser, actress Teri Polo, singer Corey Taylor, Elon Musk, and singer Joey McIntyre. Other notable namesakes include US Attorney General Griffin Boyette Bell, NASCAR racer Griffin Steinfeld, and child actor Griffin Gluck. The name has also been a popular choice for fictional characters, appearing in Party of Five, The Secret Life of the American Teenager, The Invisible Man, Boy Meets World, and How to Get Away with Murder.