L. Elizabeth Forry
Search the most common Persian first names and find your Persian name, meanings and origin in our list of Persian boy names and Persian girl names from A-Z. 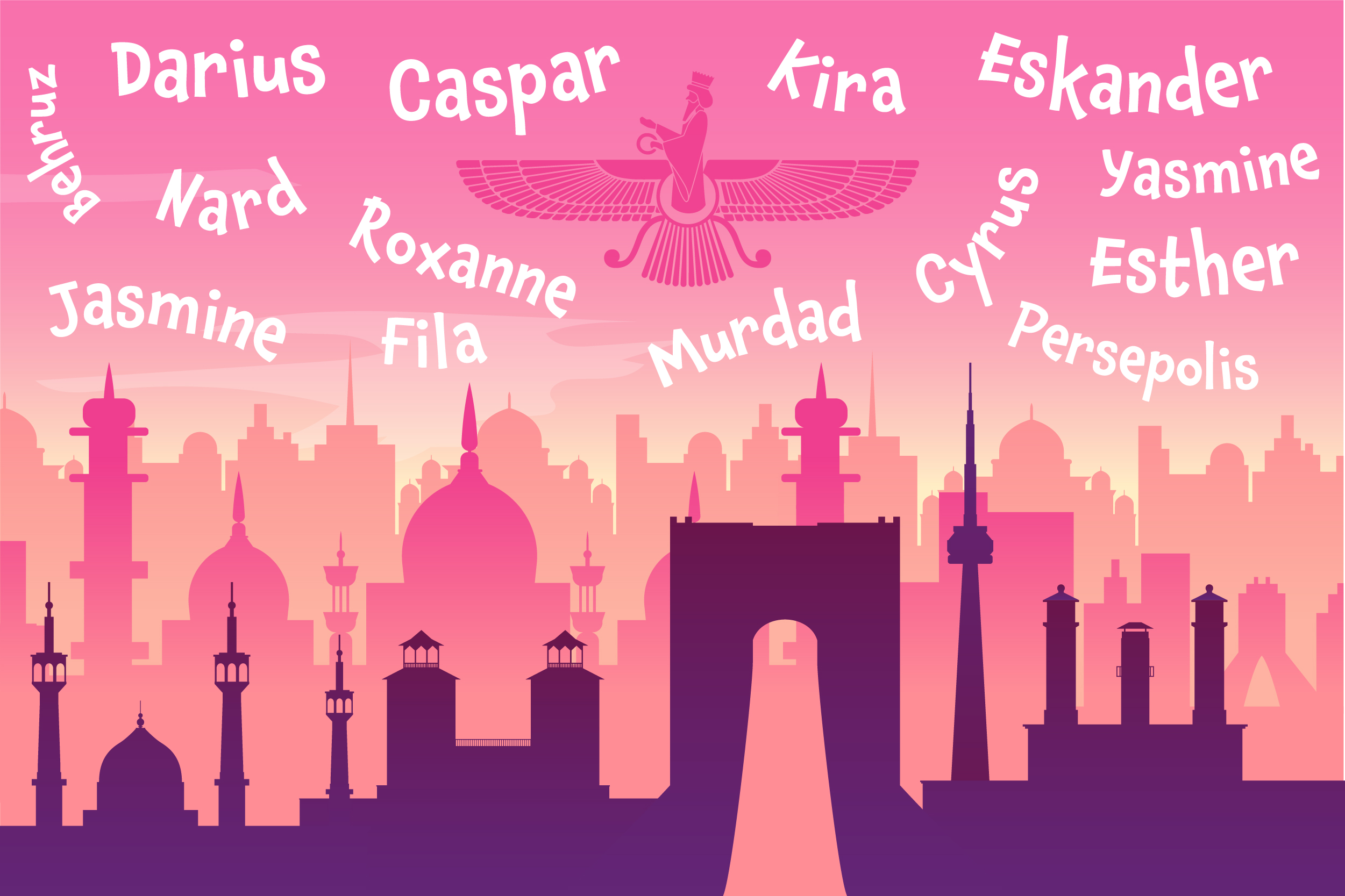 Persia is the ancient Asian region that covers modern-day Iran. Historically the term Persia also known as Persis, Pars, or Persa, was used by the Greeks to cover the entire Iranian plateau. However, the people of that land referred to their land as Iran or the lad of the Aryans. The name Iran became official in 1935 under Reza Shah when he asked foreign delegates to use the name Iran.

The ancient kingdom of Persia was rich in culture, art, and architecture and often turbulent, warring with other nations and kingdoms for control of the rich and fertile lands.

Persian baby names often originate from literary works and tales of the time like the Shahnameh and epic Persian poems by Ferdowsi around the 10th century. However, it is important to understand the meaning behind a name before using the name of a character for your little one. Some names have tragic or dark connotations you may not wish to bestow on your baby-to-be.

Other Persian baby names come from religions, outside cultural influences, and great warriors and kings.

If you are considering a Persian baby name for your baby boy or girl, check out our list of Persian-inspired names to see if one is the right fit for you!

Like all cultures and countries, there are names that peak and ebb in popularity. Below are some popular Persian choices for boy names and girl names.

Many popular baby boy names come from the great rulers and kings the region boasted as a powerful and wealthy nation through its many years. Some come from fictional kings or heroes lauded in literature.

Some Persian names that may trend overseas may not hit peak popularity in the U.S. However, that doesn't mean you shouldn’t consider them! Sometimes a unique name gives your child character or allows them to stand out from the crowd, especially if the name chosen has meaning or significance you can pass down to your child.