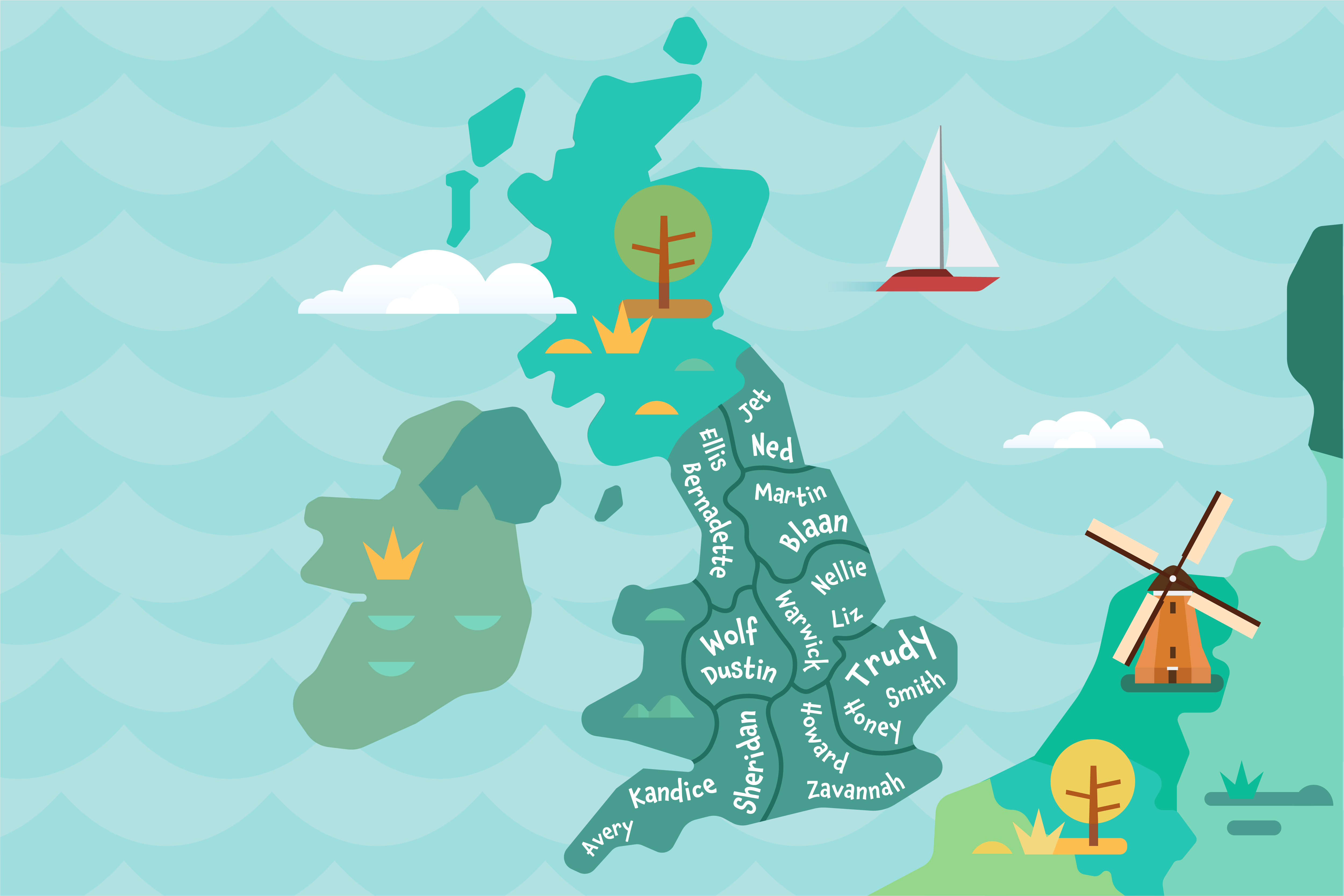 The Angles and Saxons began settling in Britain in the fifth century, which is when Old English names were first introduced and used. As groups such as the Vikings came in and the Norman Conquest came underway, names began to be heavily influenced by Old Norse, Scandinavian, and Germanic names of the time. In fact, English names were almost completely replaced by names of other origins for decades until they were revitalized during the 18th and 19th centuries.

English names evolved during this time to include inspiration from literature, mythology, flowers, gemstones, and other cultures and languages. During this period of revitalization of English names, many names were actually invented and popularized.