Stefanie Miller
Discover the meaning behind the most common Swedish first names and browse our list of Swedish girl names and Swedish boy names. 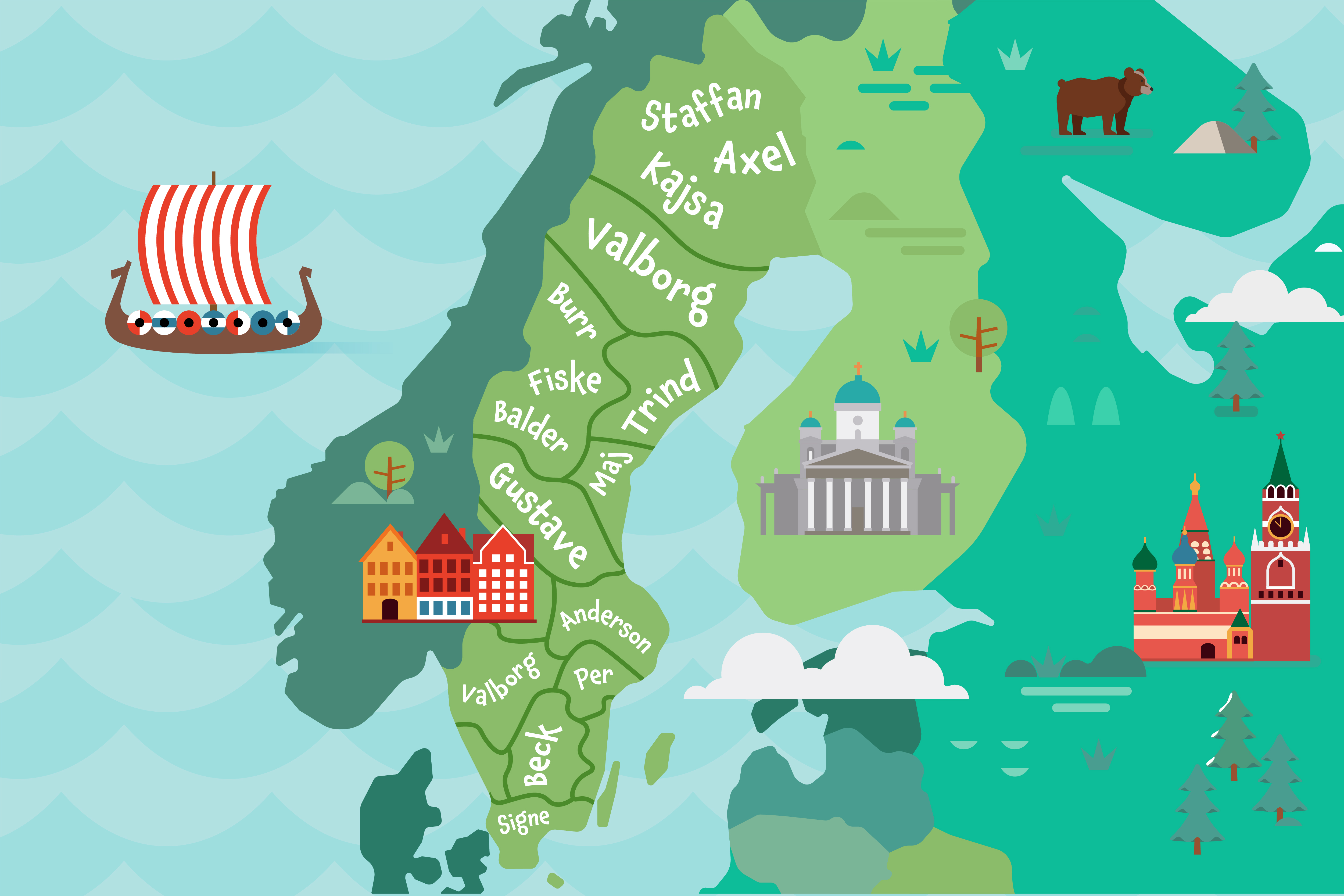 Sweden is a beautiful Scandinavian country full of culture and mythology. Historians have dated people inhabiting Sweden as far back as 10,000 - 8,000 BCE. These original people were known as the Sami. Artifcats found from the Bronze Age show that the Scandinavian people were advanced in culture and art.

Around the same time, Christianity was introduced to the Scandinavian lands; therefore, it is not uncommon to find Christian and old Hebrew names in Sweden.

Swedes also traveled and traded with Russia, Iceland, Germany, and other European countries. In addition, the Vikings often invaded Britain and would bring back slaves and sometimes wives.

If you’re interested in a Viking name or traditional something from mythology, Check out our complete list of Swedish baby names!

And check out our list of Swedish surnames and meanings as well!