L. Elizabeth Forry
Find your Swedish last name and learn about its meaning and origins. Explore our list of the most popular Swedish surnames!
Table of contents 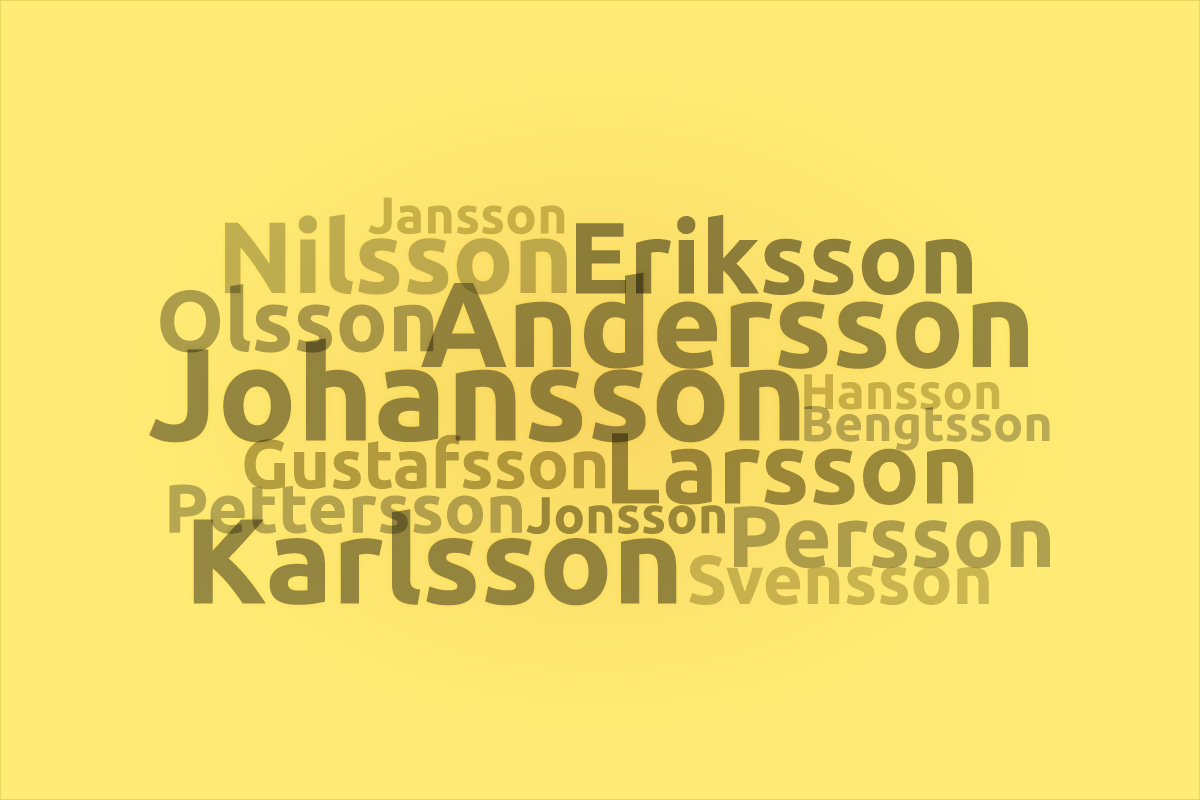 Swedish last names are a bit of a mixed bag, and in fact, it wasn’t until the Names Adoption Act in 1901 that Swedish citizens were required to adopt a surname. However, with the passing of the naming act, anyone who didn’t have a fixed surname was required to adopt their father’s first name as their own. As a result, patronymic last names like Eriksson and Andersson became popular.

Other Scandinavian influences such as Norse mythology, nature-inspired names, nicknames, and geographical references are reflected in Swedish surnames as well. Thanks to the Norman invasion of Europe, surnames even became popular, to begin with, throughout the continent; therefore, there are Norman, Latin, and Hebrew influences among common Swedish surnames.

Like many cultures finding a patronymic name in Sweden is common, and given that they typically include the suffix -son, their meanings are relatively straightforward. The word patronymic comes from the Greek word pater for father and onoma for name.

It was also common for girls to adopt their father’s first name and attach dotter or daughter at the end. In rare instances, if a child was born to an unwed mother, they may adopt a matronymic surname using their mother’s first name.

The natural landscape of Sweden is quite stunning. Beautiful snowcapped mountains, rolling hills, extensive fjords, and shimmering lakes and just a few of the features one can glimpse when visiting this Scandanavian wonder. The prefix berg, which means mountain, is used quite often with other Swedish words and is one of the most common last names found in Sweden.

Nicknames are a common way individuals adopted a surname in Sweden. These names could be based on physical attributes, personality traits, or talents.

Sweden shares a lengthy border with Norway, a northern border with Finland, and a short trip across the North Sea to Denmark. A slightly longer water journey across the Baltic Sea connects Sweden to Poland and Germany. Because of the rich diversity of cultures and languages surrounding Sweden, last names have been influenced by German, Finnish, and other geographical locales.

Like many cultures, a person’s occupation was often adopted as a surname and a way of distinction from others with the same first name. Occupational names were often passed down since boys tended to partake in the same trade as their fathers.