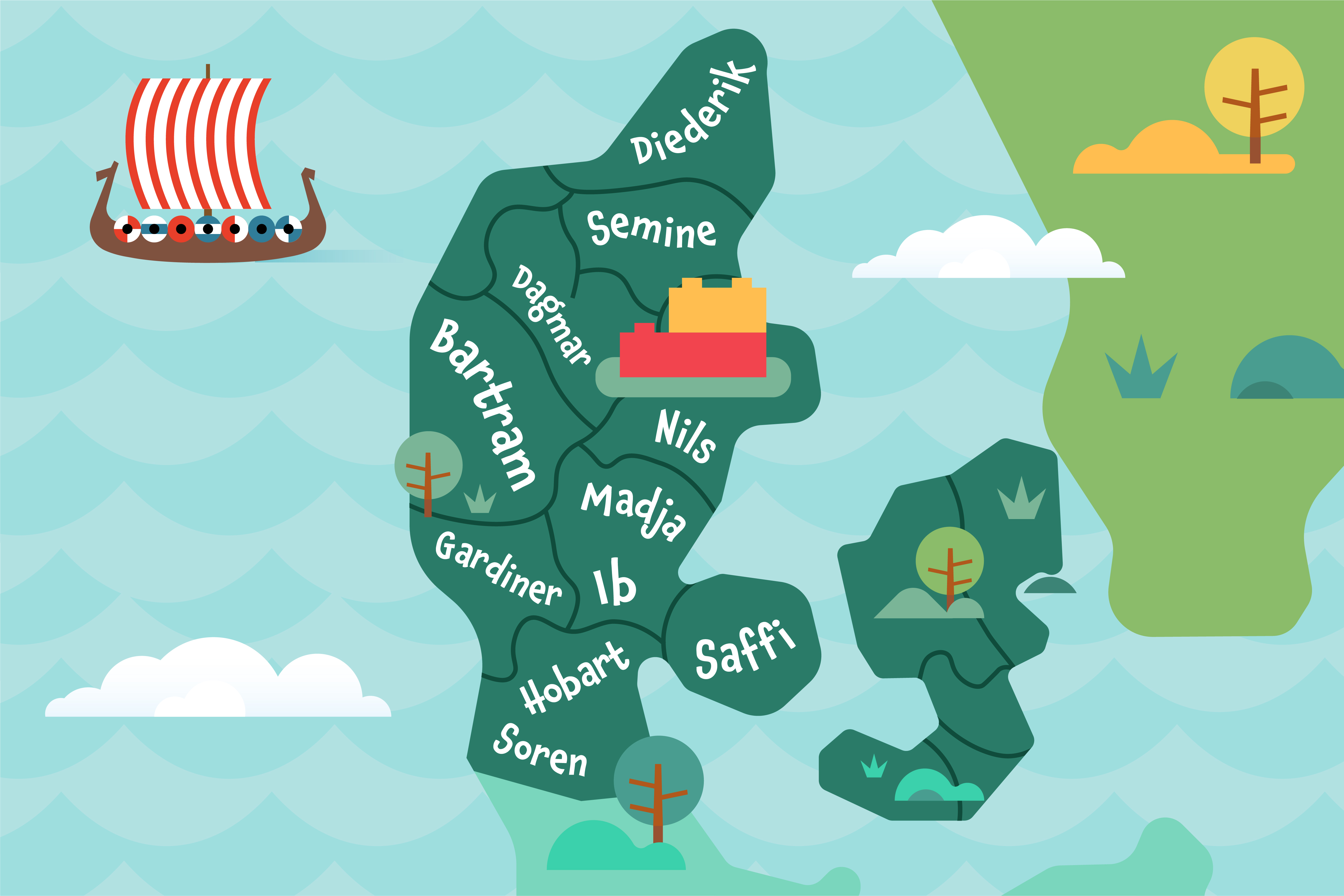 The first Danes arrived in the northern land approximately 10,000 years ago and made their living as hunters and fishermen. Early humans migrated from southern and eastern Europe to inhabit the lands around the time of the last ice age. Around 3,000 BCE, farms appeared, and by 200 CE, the Danes were engaging in trade with the Roman Empire.

However, the most famous period of Danish history is likely the era of the Vikings. The Danes used their knowledge of shipbuilding and weaponry to conduct violent raids for over 250 years on the English and other Scandinavian tribes and settlements.

The Viking age started around 740 AD, and during its time, they traveled as far as Russia and Turkey in the east and Greenland and North America to the west.

King Harald adopted Christianity in 965 CE; however, the Danes continued to war with neighboring lands and expanded their kingdom into parts of Estonia and Germany.

At the turn of the 14th to 15th century Denmark, Greenland, Iceland, Norway, and Sweden were united as one Kingdom and ruled by Queen Margrethe I. Sweden was first to break away in 1523, and it wasn’t until 1814 that Norway became independent. Iceland finally gained its independence in 1918.

Having engaged, conquered, traded, and interacted with so many different cultures, it is no surprise that Danish baby names have been influenced by several languages, cultures, and religions. Although the spellings may have altered slightly in the U.S., many Danish names are still popular today.

Whether you’re looking for a name inspired by Norse mythology or a Scandinavian name that has stood the test of time, look no further than our complete list of Danish baby names.