Meaning and Origin of: Annie

The name Annie has roots in Hebrew and English, meaning "gift of god's favor" and "grace." It can be a nickname for Anne, Ann, Hannah, or Hanna. 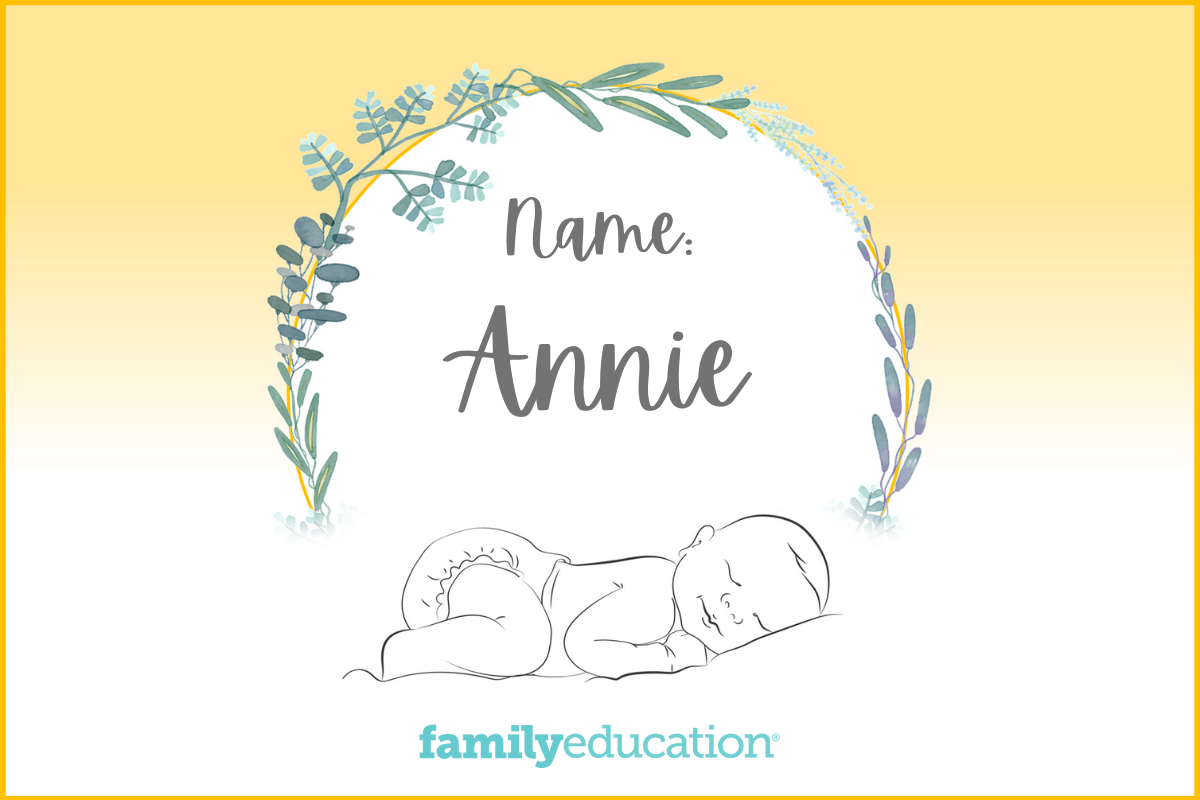 What Does Annie Mean and Stand For?

The name Annie has roots in Hebrew and English, meaning "gift of god's favor" and "grace." It can be a nickname for Anne, Ann, Hannah, or Hanna. However, Annie can also be a standalone name.

What Does the Name Annie Mean?

Annie is a girls' name of English origin, meaning "grace." It also has Hebrew roots as the diminutive of Hanna, meaning "gift of god's favor." The name has long been popular in the U.S., ranking in the top 20 most popular names from the 1880s to early 1900s. It is still a popular name for babies today.

How Popular is the Name Annie?

Annie is the #203 most popular girls' name in the U.S., according to 2021 Social Security Administration data. It has remained in the 200s-300s range since the year 2000. However, Annie ranks #4 on FamilyEducation.com.

According to Google data search analysis, in the last five years Annie was at its peak popularity in November 2021.

Popularity of the Name Annie in the United States

Annie was searched for most often in the following states:

Annie is a Broadway musical based on the popular comic strip "Little Orphan Annie."

The name Annie also features in movies, TV shows, and books such as Community, Bridesmaids, 90210, The Hunger Games, The Muppet Show, and The Simpsons.

The name Annie appears on these baby name lists: