Meaning and Origin of: Tessa 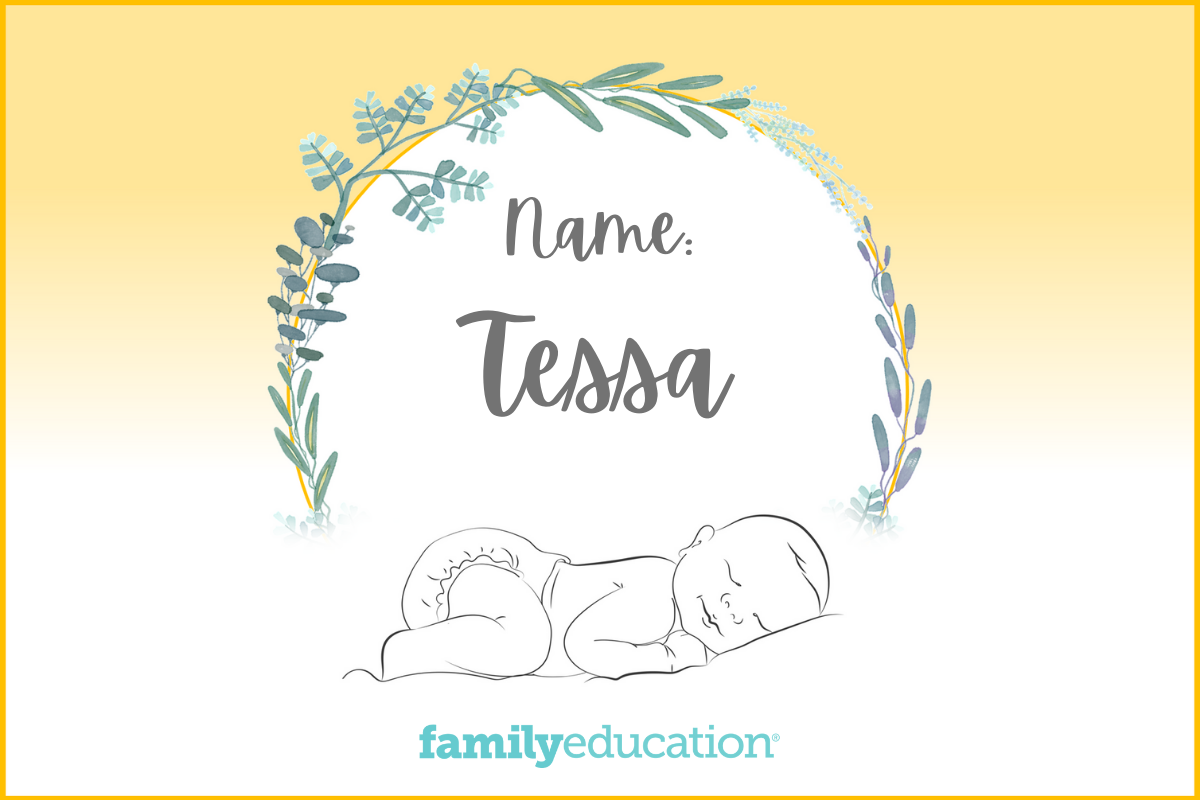 What Does Tessa Mean and Stand For?

The name Tessa is of Greek origin, meaning "to gather." It originated as a diminutive of Theresa, but has since become a popular standalone name. It has consistently been one of the top 300 girls names in the U.S. since the year 2000.

What Does the Name Tessa Mean?

Tessa is a girls' name of Greek origin, meaning "to gather." It also has roots in Old English as a diminutive of Theresa, meaning "harvester."

Tessa is the most popular of similar names Tess and Theresa.

How Popular is the Name Tessa?

Tessa is the #287 most popular girls' name in the U.S., according to 2021 Social Security Administration data. It has remained relatively popular since the year 2000, holding a steady spot in the 200s range.

However, Tessa ranks #6 on FamilyEducation.com.

According to Google search data analysis, in the last five years Tessa was at its peak popularity in February 2018.

Popularity of the Name Tessa in the United States

Tessa was searched for most often in the following states:

Famous Tessa's include the actresses Tessa Thompson, Tessa Allen, and Tessa Grady. Tessa Virtue is a Canadian Olympic ice dancer who won Gold in the 2010 and 2018 Olympic Games.

The name Tessa features in TV, movies, and books such as Highlander, The Constant Gardener, Wendy Mass's Heaven Looks a Lot Like the Mall, and George Elliot's Romola.