Meaning and Origin of: Maggie 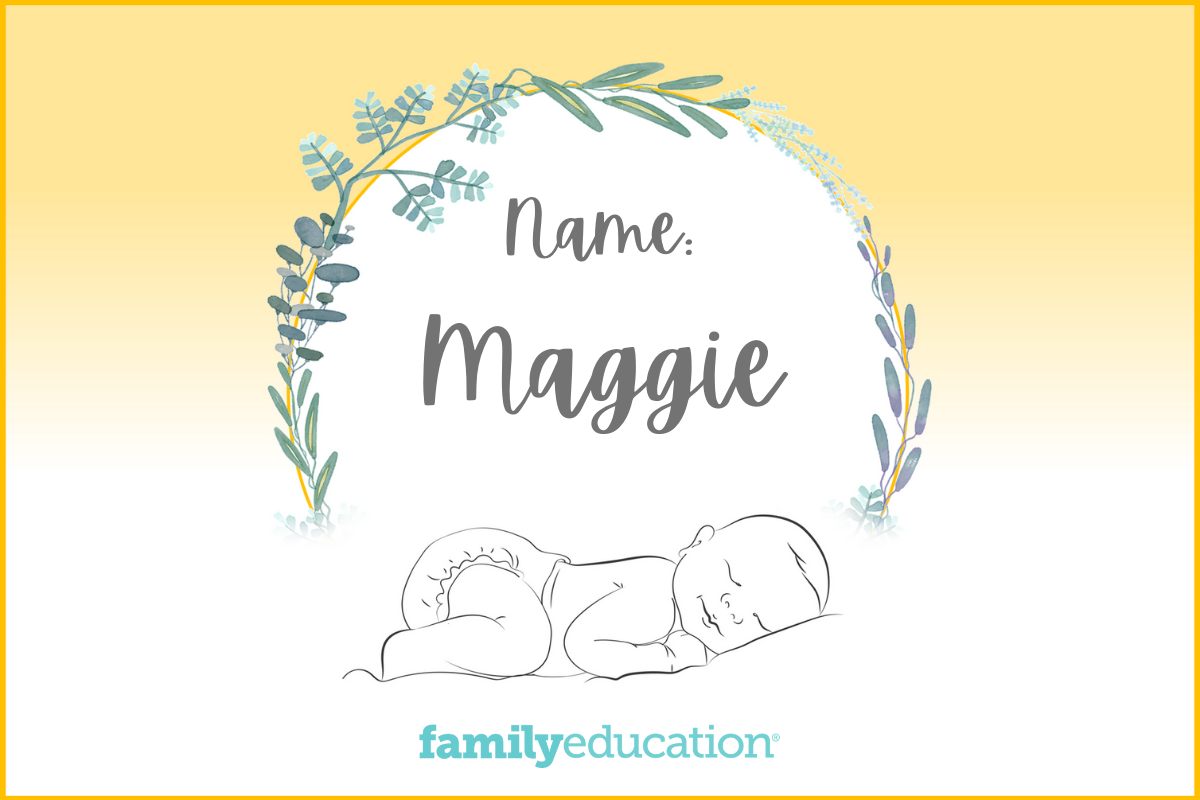 What Does Maggie Mean and Stand For?

The name Maggie has roots in English, Hebrew, Greek, and Persian. It is primarily a girls' name and diminutive of Margaret, a name meaning "pearl." However, Maggie can also be a diminutive of the names Magdalena or Magnolia.

What Does the Name Maggie Mean?

Maggie is a girls' name of English origin, meaning "pearl." It is a diminutive of Margaret that has become a popular standalone name over the years.

How Popular is the Name Maggie?

Maggie is the #285 most popular girls' name in the U.S., according to 2021 Social Security Administration data. It has been a relatively popular name since the year 2000, but has faced a slow decline on the charts.

However, Maggie ranks #9 on FamilyEducation.com.

According to Google search administration data, in the last five years Maggie was at its peak popularity in November 2018.

Popularity of the Name Maggie in the United States

Maggie was searched for most often in the following states:

The name Maggie features in TV shows such as The Simpsons, The Walking Dead, Days of Our Lives, and Grey's Anatomy.