Meaning and Origin of: Julianna 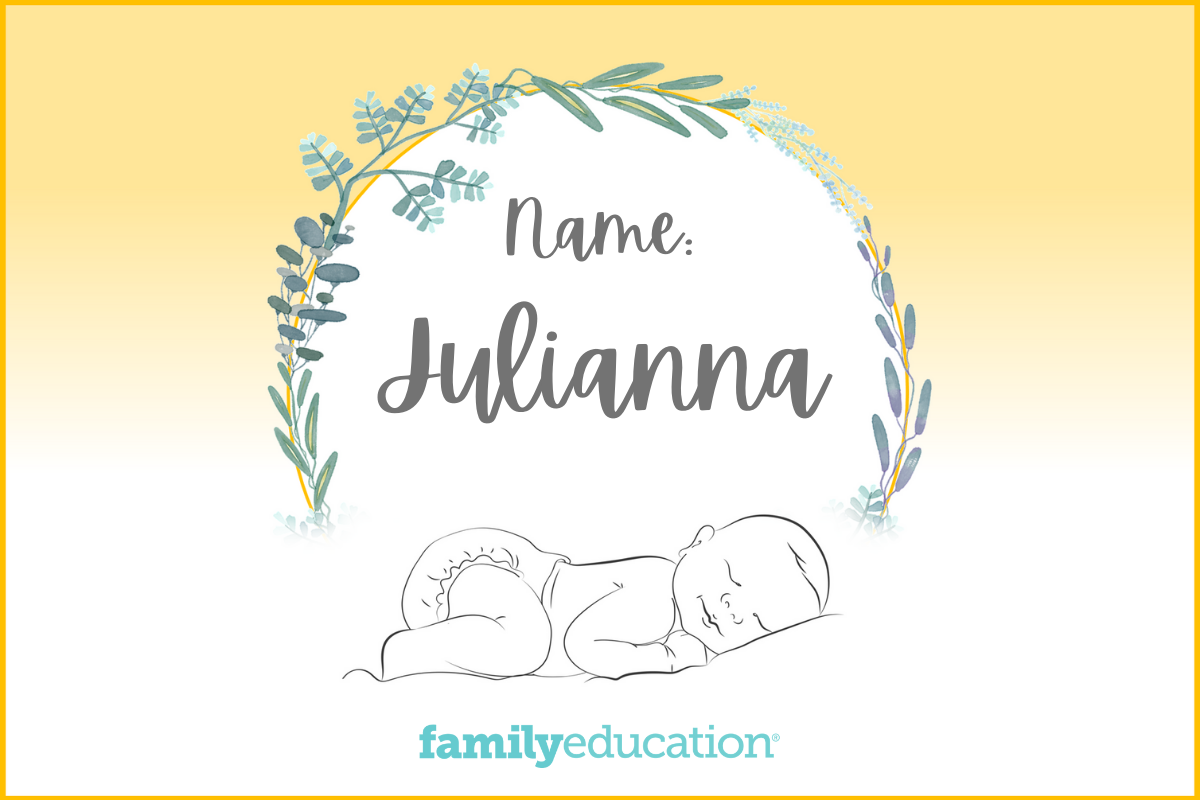 What Does Julianna Mean and Stand For?

The name Julianna comes from the Latin name Julius, meaning "youthful." It is an alternate spelling of Juliana, which has a long history as the name of many European saints and monarchs.

What Does the Name Julianna Mean?

Julianna is a girls' name of Latin origin, meaning "youthful." It is the feminine version of Julius and an alternate spelling of Juliana.

Unlike Juliana which dates back to ancient Rome, the double-"n" Julianna is a modern name, created in the 1960s.

How Popular is the Name Julianna?

Julianna is the #301 most popular girls' name in the U.S., according to 2021 Social Security Administration data. It has remained a relatively popular name since the year 2000.

However, Julianna ranks #6 on FamilyEducation.com.

According to Google search data analysis, in the last five years Julianna was at its peak popularity in December 2021.

Popularity of the Name Julianna in the United States

Julianna was searched for most often in the following states:

The name Julianna features in movies and TV shows, such as Homicide: Life on the Streets, Flipped, Vanilla Sky, and Flashpoint.