Meaning and Origin of: Adelaide 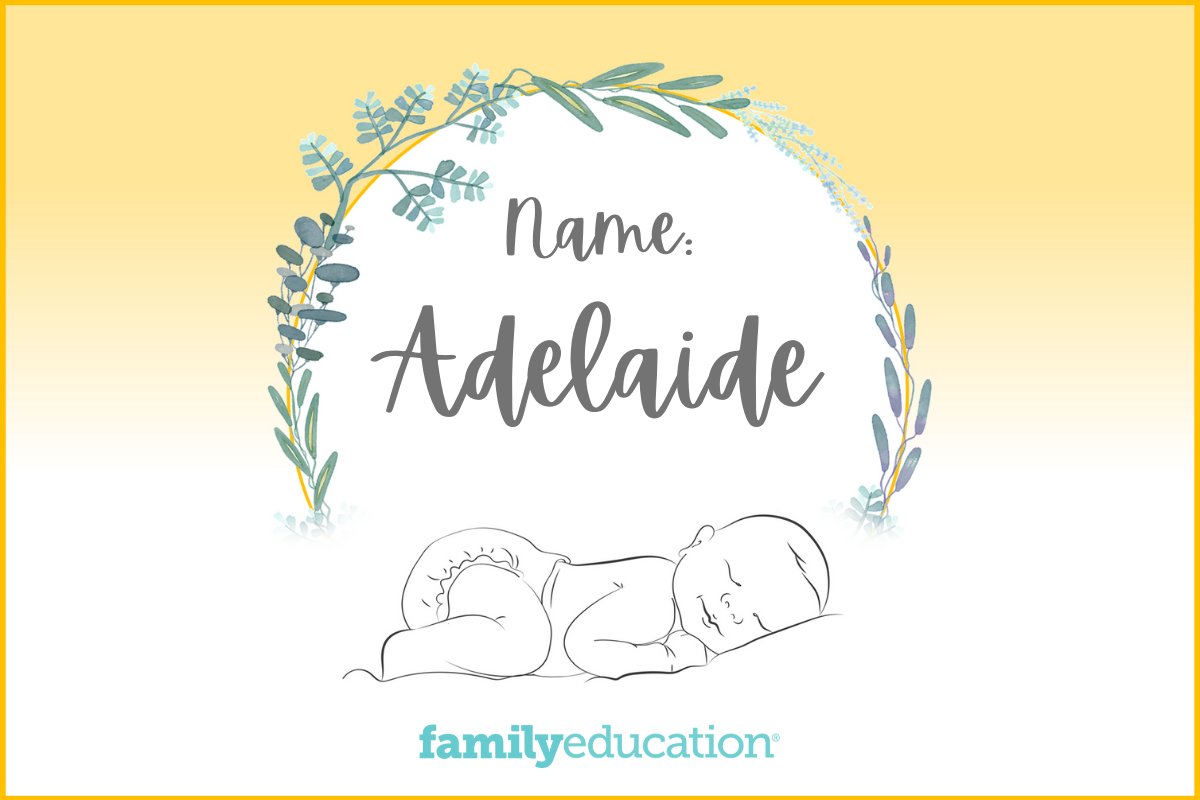 What Does Adelaide Mean and Stand For?

The name Adelaide means "noble kind." It is of German origin, with a long history as the name of many European queens and queen consorts.

What Does the Name Adelaide Mean?

Adelaide is a girls' name of German origin, meaning "noble kind." The name Adelaide was popularized in the 1800s, when the British King William IV married a German princess, known as the "Good Queen Adelaide." The Australian city of Adelaide was named after this queen.

How Popular is the Name Adelaide?

Adelaide is the #263 most popular name in the U.S., according to 2021 Social Security Administration data. It has been rising on the charts each year since first appearing at #901 in 2005.

However, Adelaide ranks #6 on FamilyEducation.com.

According to Google search data analysis, in the last five years Adelaide was at its peak popularity in September 2017.

Popularity of the Name Adelaide in the United States

Adelaide was searched for most often in the following states: