Meaning and Origin of: Skylar 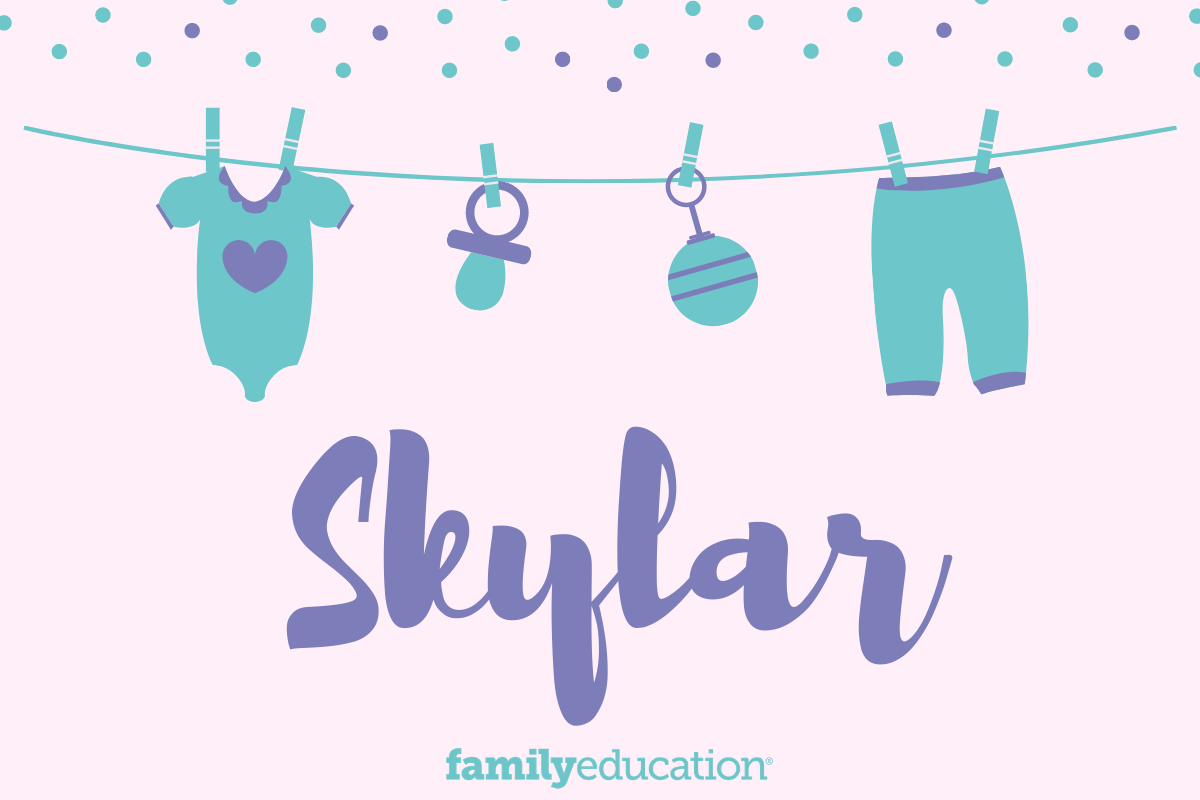 What does Skylar mean and stand for?

The name Skylar is of English origin and means "eternal life, strength, love, and beauty."

According to Social Security Administration data, Skylar, as a girls' name, has been consistently popular, only recently falling from the top 50, which it had been in from 2014 to 2018. It reached its peak in 2014 and 2015, positioned at 42. As a boys' name, Skylar has been much less popular. It ranked 356 in 2000 and has been steadily decreasing in popularity since.

According to Google search data analysis, in the last five years Isabella was at its peak popularity in August 2019.

Skylar, originally a boys name, has gained much popularity over the years. Various celebrities, such as Skylar Grey and Skylar Diggins-Smith, have put the name on the map. Vince Neil, Sheena Easton, and Joely Fisher have chosen the name for their children. Skylar is also a character in South Park, Baywatch, Good Will Hunting, and Breaking Bad.

Skylar was searched for most often in the following states: