Meaning and Origin of: Summer 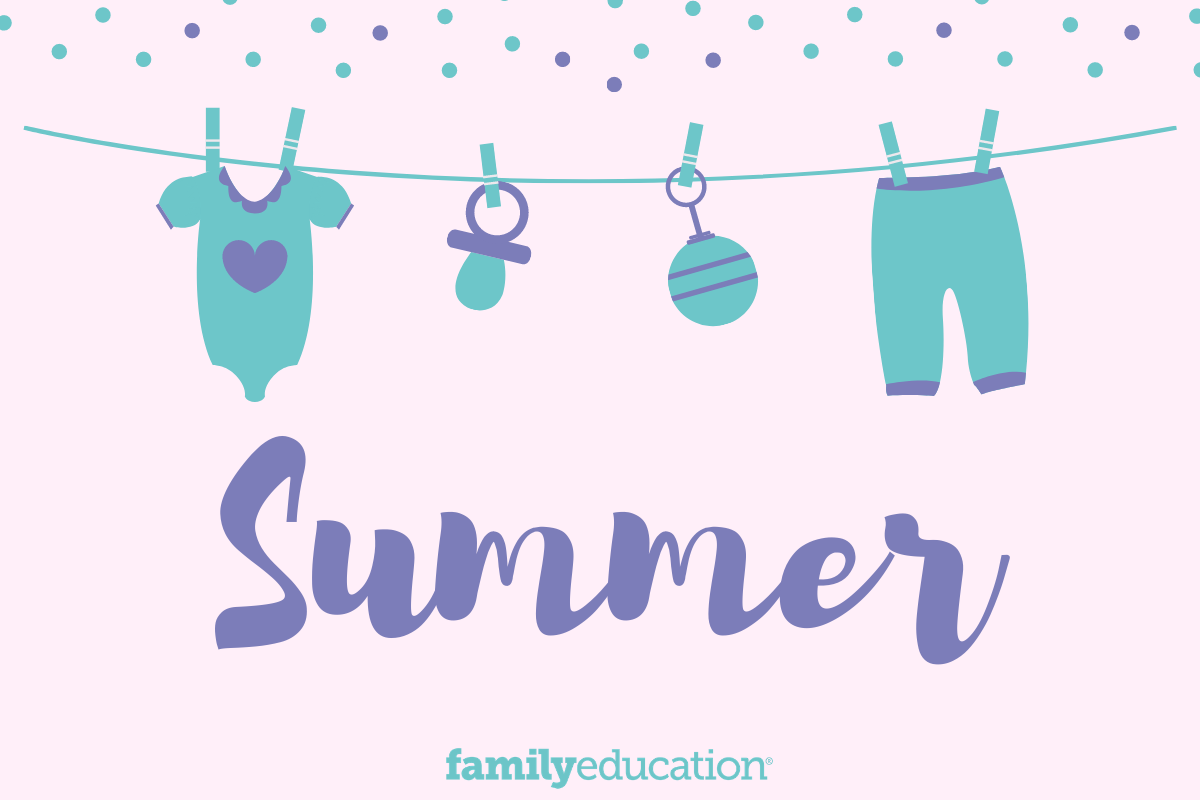 What does Summer mean and stand for?

The name Summer is an English word referring to the season. It is from the Old English word sumor and has been in use as a given name since 1970.

According to Social Security Administration data, Summer used to be quite popular before falling out of the top 200 in 2016 and 2017. Since, however, it has continued to climb the ranks once again, breaking the top 150 in 2020.

According to Google search data analysis, in the last five years Summer was at its peak popularity in June 2021.

Summer, since entering the scene in the 1970s, has become quite the popular choice for fictional characters, appearing in (500) Days of Summer, Napoleon Dynamite, Baywatch, The O.C., and The Mentalist. Summer has also been a popular choice for celebrities' daughters, having been chosen by singer Christina Aguilera, singer John Kastner and actress Nicole de Boer, and actress Mia Farrow. Actress Summer Lyn Glau, actress Summer Joy Phoenix, and model Summer Wayans are some notable namesakes.

Summer was searched for most often in the following states: