Meaning and Origin of: Paige 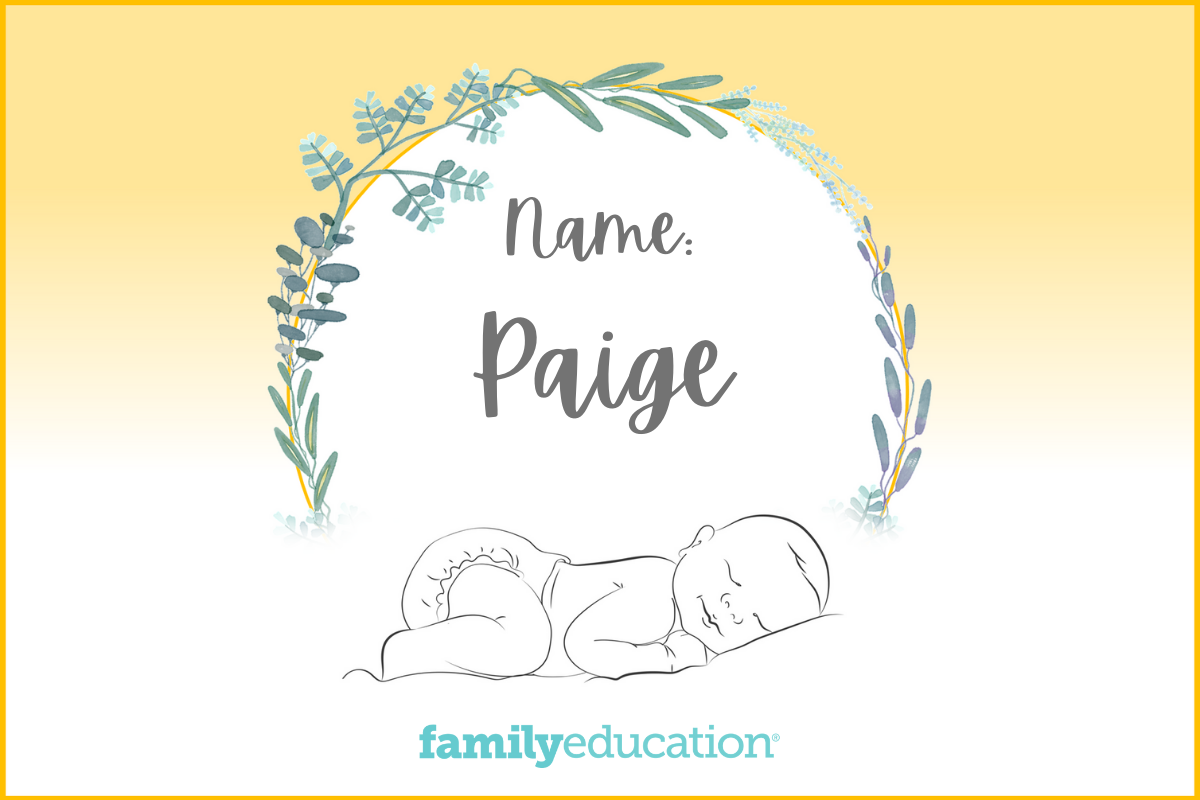 What Does Paige Mean and Stand For?

The name Paige is of French origin and refers to a young servant or helper to the priest.

What Does the Name Paige Mean?

Paige is a gender-neutral name of French origin, meaning "young servant." The name Paige dates back to Medieval times. It originated as an occupational name to describe a male servant in training to be a knight.

Today, the name Paige is primarily used for girls.

How Popular is the Name Paige?

However, Paige ranks #29 on FamilyEducation.com.

According to Google search data analysis, in the last five years Paige was at its peak popularity in April 2018.

Popularity of the Name Paige in the United States

Paige was searched for most often in the following states:

The name Paige features in movies, TV, and books, such as Arthur, Charmed, Degrassi: the Next Generation, Pretty Little Liars, and the X-Men comics.