75 One-Syllable Girl Names That Are Short and Sweet

Stefanie Miller
Looking for a short yet sweet middle name for your baby girl? Here is the ultimate list of one-syllable baby names for girls.
Table of contents

Names don't have to be lengthy and complicated to be beautiful. Single-syllable names are bold and strong! They can say a lot with just a few letters. There are classic baby girl names like Anne and Jane that have stood the test of time. And if you're looking for a trendy and unique girl name, names like Fawn, Lux, and Brooke have also gained popularity. One-syllable names also offer a variety of unisex name options like Wren and Quinn.

A common misconception with one-syllable names is that they are only good to be used as middle names. This doesn't have to be the case. There are plenty of adorable short names that are perfect to be used as a first name.

Below is a list of one-syllable baby names that would be perfect for your baby girl. Each of these baby girl names comes complete with its origin and meaning so you can choose the name that fits your little one best. 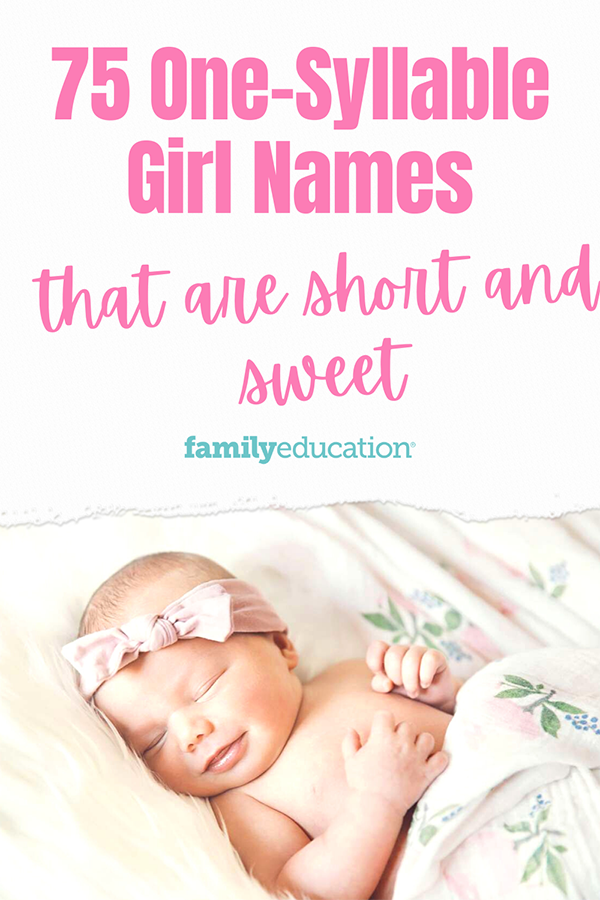