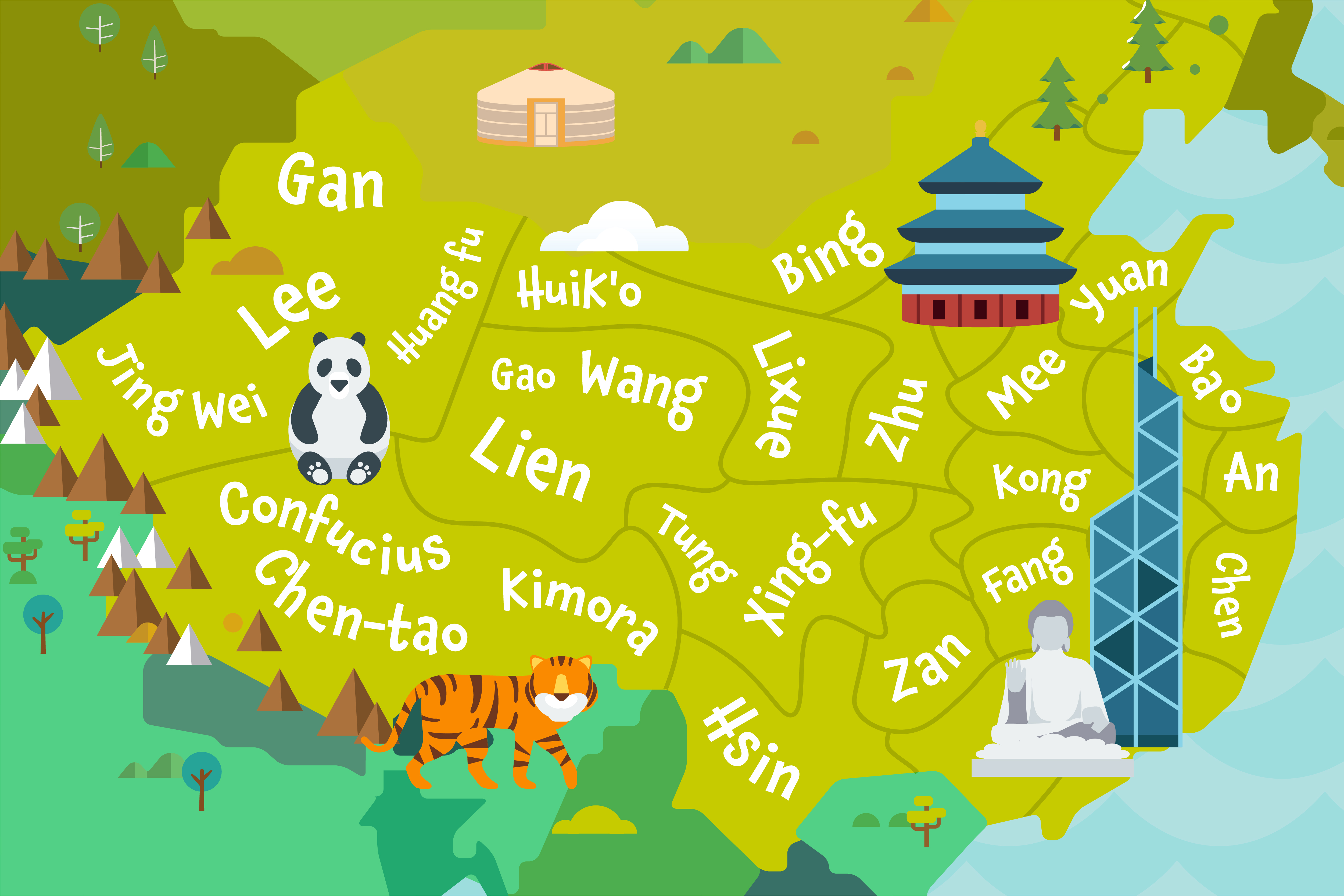 Today, Chinese names consist of a surname and a given name, in that order. The given name, or personal name, is known as the ming, while the surname, or family name, is called the xing. Compared to English names that put the given name first, for example, John Smith, a Chinese name is presented in the opposite order Smith John.

The number of characters in a Chinese name is meaningful. For example, Chinese names are almost always made up of three Chinese characters; one to two character names are not commonly used. The majority of names in China are Mandarin, which is the primary language spoken; however, there are twelve different languages spoken throughout the country.

Before the 20th century, the Chinese, usually those who were educated, also used a zi, a "courtesy name" or "style name." This is similar to a nickname in the US. These names were typically reserved for use by your closest friends and family. The number of names one had often signified your social status and affiliations. For example, a commoner may only have one name, their given name, while a member of the nobility could have up to four names and two titles.

Chinese individuals who have moved to western countries typically adopt the Western naming style or even use a western first name, like the actress Lucy Liu or martial artist Bruce Lee. However, they may reserve their traditional style of naming legally or amongst other Chinese people.

Buddhism, Taoism, and Confucianism have long been a part of Chinese culture and history. Therefore it is probably no surprise that many Chinese baby names stem from the peaceful beliefs and foundations of the religion.

Nature and the natural world have long inspired Chiene poets and culture. Many Chinese names, as a result, stem from the varied landscape and beauty that is China. As a result, Chinese characters tend to have multiple meanings that change depending on how they’re combined.

Many unisex names are often used in China. Many of these names have meanings rooted in nature and have positive connotations.