Meaning and Origin of: Kayla 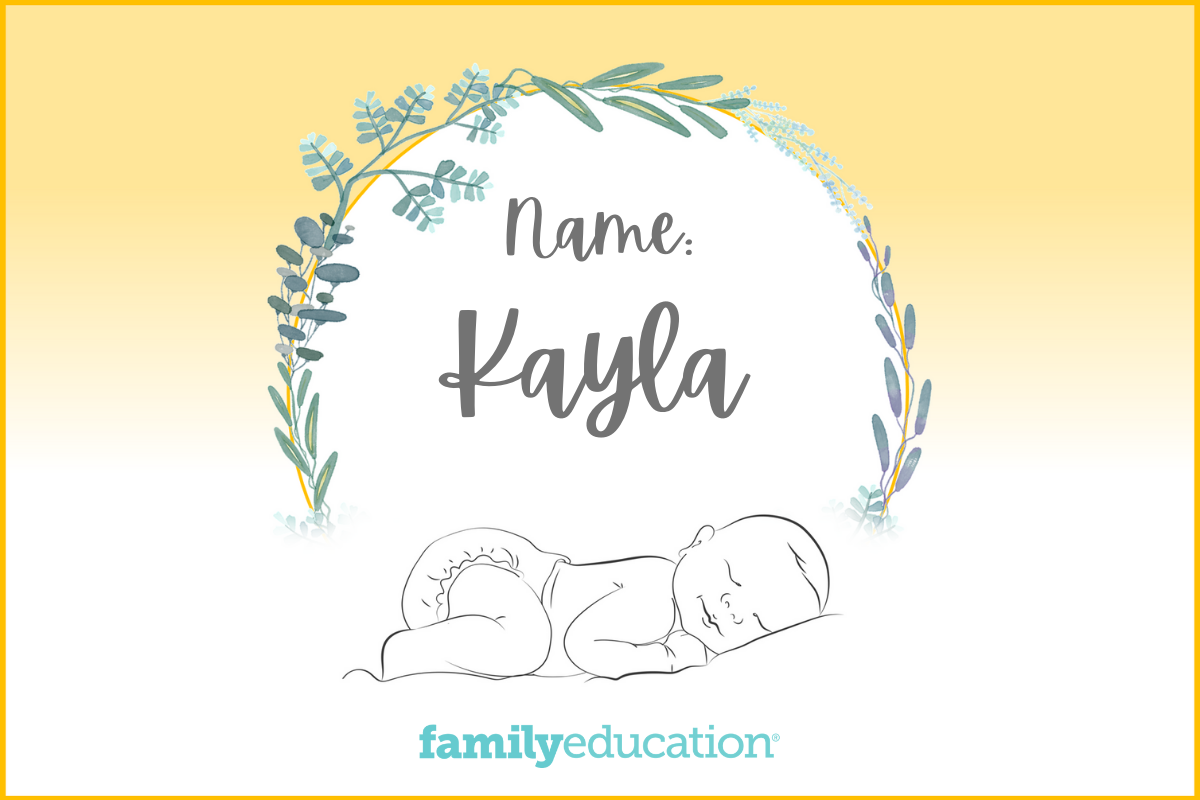 What Does Kayla Mean and Stand For?

Kayla is an Arabic and Hebrew name, meaning "crown of laurels." It can also have Yiddish roots, derived from the name Kaila which means "slim and fair." It was a popular name in the early 2000s that has been slowing falling on the charts.

What Does the Name Kayla Mean?

The name Kayla is a girls' name with roots in Arabic, Hebrew, and Yiddish.

In Arabic and Hebrew, the name means a "crown of laurels." The Yiddish Kayla is derived from the name Kaila or Kelila, and it means "slim and fair."

Kayla can also be a diminutive of the name Makayla.

How Popular is the Name Kayla?

Kayla is the #217 most popular girls' name in the U.S., according to Social Security Administration data. It was the #13 most popular name in the year 2000, and has been declining in popularity since. However, it ranks #34 on FamilyEducation.com.

According to Google search data analysis, in the past five years Kayla was at its peak popularity in October 2019.

Popularity of the Name Kayla in the United States

Kayla was searched for most often in the following states:

Kayla is a popular name in entertainment as well. Characters named Kayla appear in TV series such as  Desperate Housewives and Days of Our Lives, in films such as Eighth Grade, and in books such as Rick Riordan's Trials of Apollo series.