Meaning and Origin of: Georgia 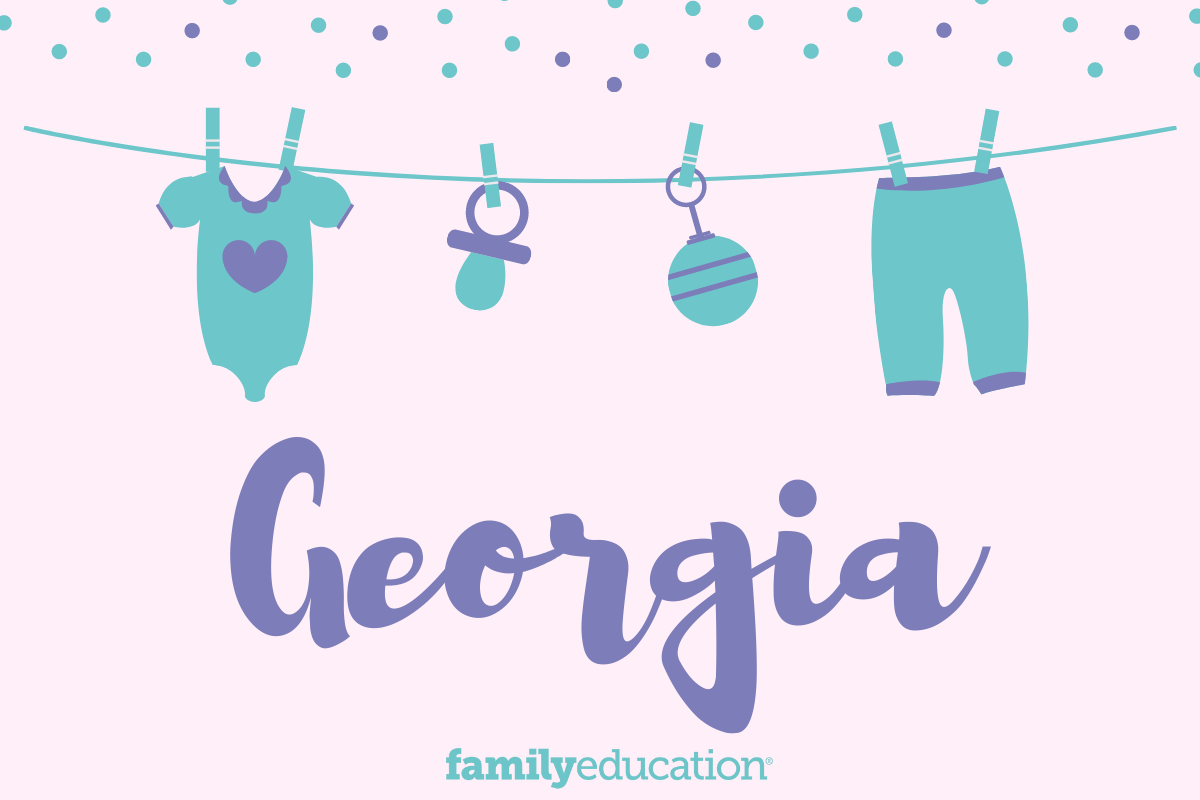 What does Georgia mean and stand for?

The name Georgia is of Greek origin and means "farmer." It is the feminine version of George. The state of Georgia was named after British king George II.

According to Social Security Administration data, Georgia has been increasingly popular since breaking the top 200 in 2020, which is when it also reached its peak rank at 176.

However, it is the 1st most popular name on FamilyEducation.com.

According to Google search data analysis, in the last five years Georgia was at its peak popularity in January 2021.

Georgia mainly invokes the image of the US state, but it's so much more than that! With notable namesakes such as painter Georgia O'Keeffe, jazz singer Georgia Brown, actress Georgia Nott, singer Georgia Holt, actress Georgia Hale, and singer Georgia Leigh Middleman, Georgia is well on its way to topping the charts. Not to mention, Harry Connick, Jr., Hope Davis, Amy Ryan, Zac Brown, Rebecca Gayheart and Eric Dane, and Felicity Huffman and William H. Macy, among various others, have chosen the name for their daughters. Of course, Georgia also gained some notoriety with the songs "Georgia On My Mind" and "Sweet Georgia Brown." It's also appeared in pop culture, including Dead Like Me, Ally McBeal, Shake it Up, and Private Practice.

Georgia was searched for most often in the following states: