Meaning and Origin of: Trinity 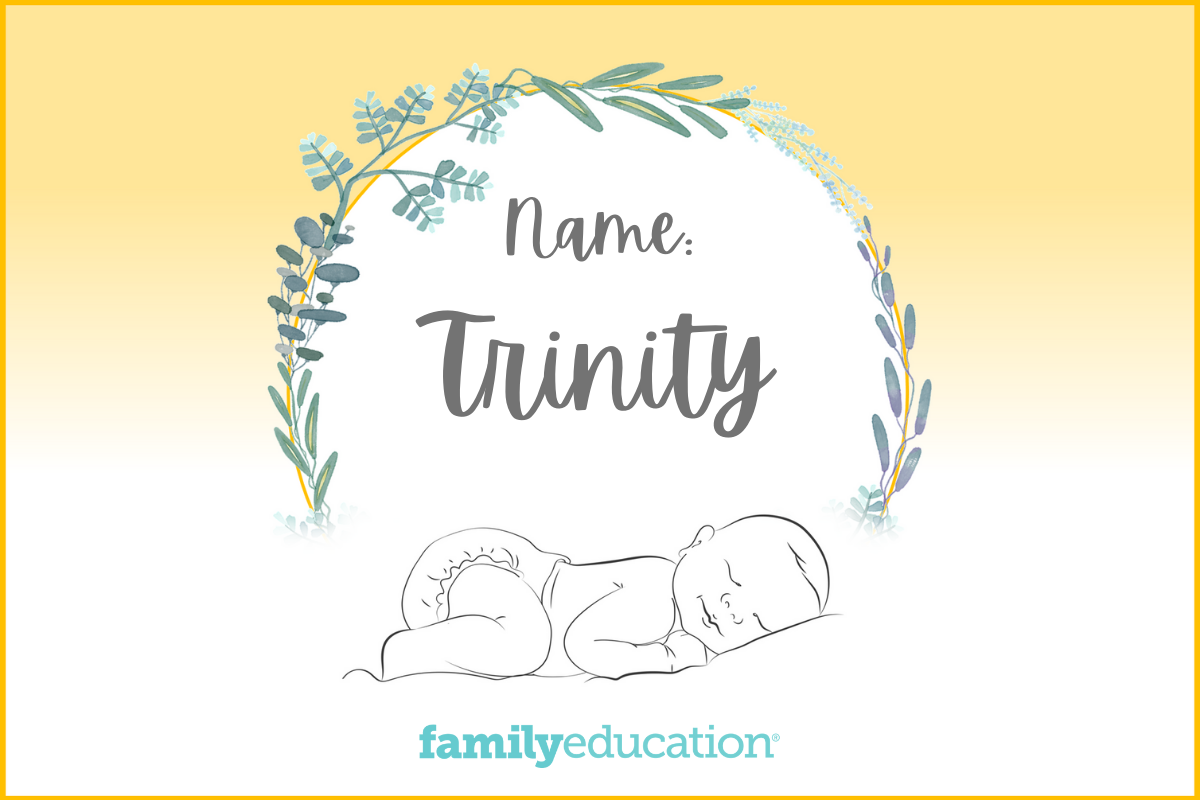 What Does Trinity Mean and Stand For?

The name Trinity comes from the Latin word for "triad." This name is a reference to the Christian Holy Trinity: the Father, the Son, and the Holy Spirit. Despite its religious roots, Trinity has become a popular name outside of the Christian faith due to its association with modern characters in pop culture and entertainment.

What Does the Name Trinity Mean?

Trinity is a girls' name of Latin origin, meaning "triad." This name refers to the Christian doctrine of the Holy Trinity, or the three persons of the Christian God: the Father, the Son, and the Holy Spirit. This name gained popularity in the early 2000s after the release of the film The Matrix, thanks to a character of the same name.

How Popular is the Name Trinity?

Trinity is the #277 most popular girls' name in the U.S., according to Social Security Administration data. The name had a boom in popularity after the release of the 1999 film The Matrix, and reached a peak of #48 in 2004 before falling on the charts. However, it ranks #17 on FamilyEducation.com.

According to Google search data analysis, in the last five years Trinity was at its peak popularity in May 2018.

Popularity of the Name Trinity in the United States

Trinity was searched for most often in the following states:

Trinity is a popular name in entertainment, featuring in The Matrix, Power Rangers, Sons of Anarchy, Doctor Who, and Dexter.