Meaning and Origin of: Mya 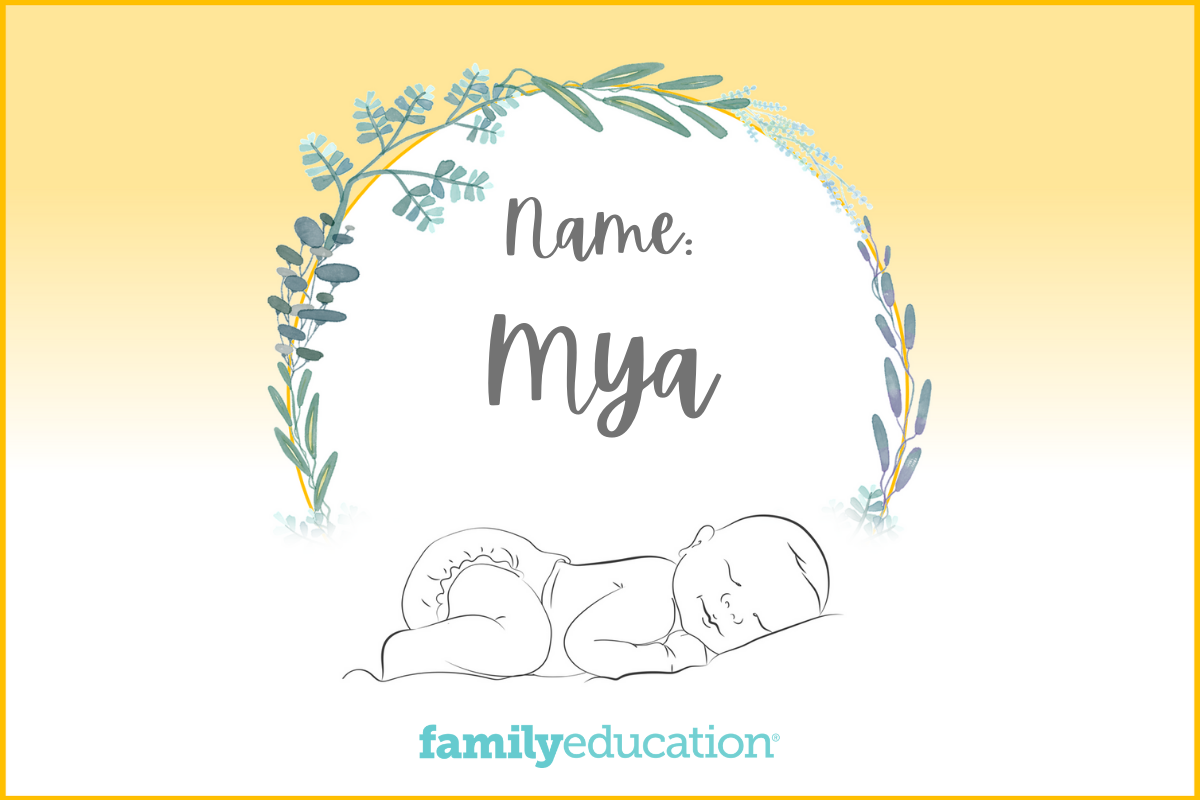 What Does Mya Mean and Stand For?

The name Mya is a variation of Maya. It can either come from the Greek mai, meaning "great," or the Hebrew ma'ayan, meaning "spring." In Buddism, the name Mya is a reference to Queen Māyā, who was the mother of Buddha.

What Does the Name Mya Mean?

Mya is a girls' name of Greek and Hebrew origin, meaning either "great one," "mother," or "spring." The Greek Mya comes from the root mai, which means "great." The Hebrew Mya comes from ma'ayan, meaning "spring" or "brook." It can also be a variation of Maya or Mia.

This spelling of Mya was popularized in the U.S. in the late 90s by R&B singer Mya Harrison.

How Popular is the Name My?

Mya is the #271 most popular girls' name in the U.S., according to 2021 Social Security Administration data. It has remained a relatively popular name since the year 2000, reaching a peak of #97 in 2009. However, it ranks #1 on FamilyEducation.com.

According to Google search data analysis, in the last five years Mya was at its peak popularity in April 2019.

Popularity of the Name Mya in the United States

Mya was searched for most often in the following states:

R&B singer Mya Harrison is the most famous Mya.

Mya Stone is a character in George R.R. Martin's A Song of Ice and Fire, the inspiration for successful TV series Game of Thrones.

Variations and Nicknames for Mya

Pairs Well with These Nicknames