Bye Karen and Brandon: Why Baby Names Declined in Popularity in 2022

Names like Karen and other pop culture baby names saw huge drops in popularity in 2022. Here are some of the least popular and most popular name trends of the year.

The US Social Security Administration (SSA) just released the top baby names for 2022 and it’s safe to say that Karen didn’t make the list last year. Social media names and internet trends have more impact on the public perception of names than ever. When names are used in place of a joke, meme, or insult, parents will obviously avoid them to prevent their baby boy or baby girl from being teased. Of course, names always go in and out of fashion, but it’s clear that name trends are changing faster than ever. What was a cool, unique name one day could be an embarrassing name to avoid just a few months later!

Unique name spellings are becoming less trendy for the first time in a while. In particular, names ending in “yn“ are on the way out. American first names that saw the biggest drops from 2020 to 2021 were Jaxtyn and Denisse.

Nicknames as first names, like Willie or Bobby, are also on the decline, while classic and traditionally Italian names become more popular. That being said, many parents are still inspired by Hollywood stars naming their children rare or cottagecore names.

Names like Corey and Coraline have also seen significant drops throughout the pandemic, as nobody in recent years wants to choose a name that sounds anything like “Corona.” The same thing happened to the name Katrina back in the mid-2000s when Hurricane Katrina devastated the city of New Orleans.

Related: Top 1000 Most Popular Baby Boy Names in the U.S.

How Does the Social Security Administration Track Name Popularity? 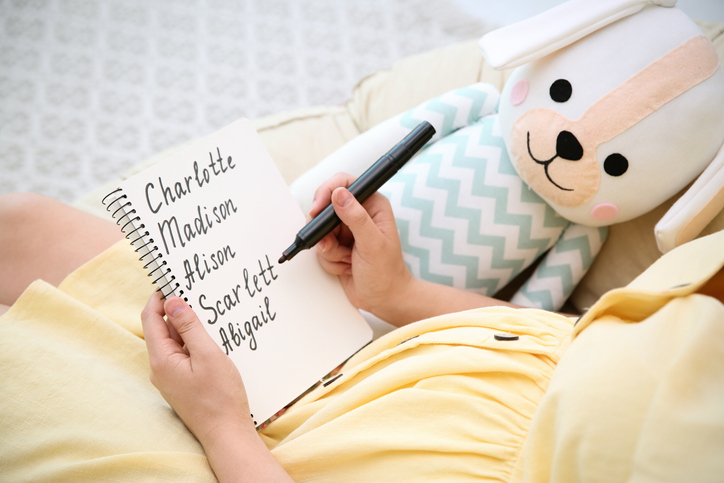 Social security numbers (SSNs) are necessary for legal work, and you will also need to list them on your taxes in order to claim an exemption for your little one. Keep your SSN and your kid's Social Security Number private. Don’t carry it in your wallet. Though the FBI tries its best to regulate, SSNs can be stolen and used illegally by others.

The SSA also keeps a database with the names for each year. They have been keeping this database since earlier than World War II. Names that are in the top 1,000 are considered popular names, while names ranking any lower are considered rare. The data is analyzed by statisticians who track baby name trends.

The top 10 names have not differed much in recent years.

The most popular baby names for boys were:

The most popular baby names for girls were:

Names With the Greatest Drops in Popularity

Names rise and fall and popularity across different decades. Often names that were once modern and cool become dated or old-fashioned. While some vintage names can have a resurgence in popularity, others are best to avoid. Here’s what baby names have become less popular in 2022 according to our data.

Boy Names Going Out of Style

Boy names that dropped in popularity include:

Girl Names That Are Losing Steam

Girl names ending in “yn” are dropping off just like the boys, as are some names ending in “ana“. Two variations of the name Denise saw the sharpest decline. Interestingly, Denise had a short-lived rebirth. This name was off the charts from 2016 to 2019 before only briefly popping back up in 2020.

Karen was already pretty low on the charts, hence why it has been associated with the archetype of a middle-aged woman (more on Karen below). This name's negative portrayal on social media has knocked it completely off the charts.

Hardly anyone is naming their daughter Alexa (or even Alexis!) anymore because who really wants their AI to respond every time you call your kids in from the yard? Truthfully, Alexa is still a popular name, but much less so than it was a year ago. Alexa dropped out of the top 100 in 2019 and its use has declined sharply since. Next year, it will likely fall out of the top 500.

The Death of Karen as a Name 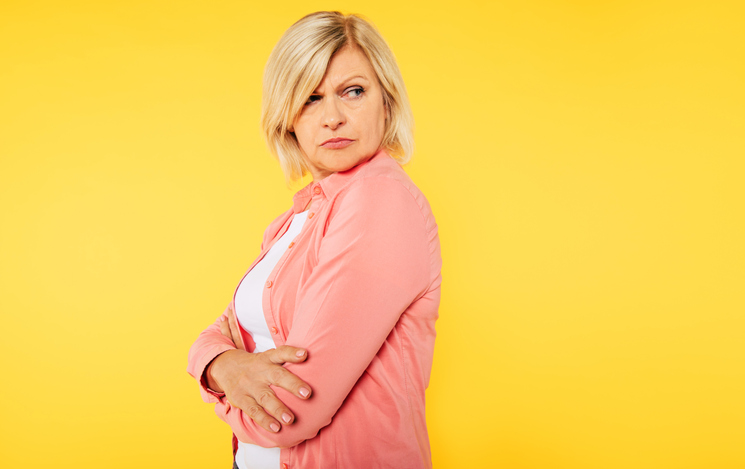 Karen was one of the most popular names for girls throughout the 1950s and 1960s. Celebrities like Karen Carpenter made this a popular pick among parents, and the popularity of the name Karen peaked in 1965 as the third most popular name among all baby girls born in the United States!

In recent years, the Karen archetype was born. “Karen” is an entitled middle-aged woman, who usually wants to speak to the manager. Whether she lives in a small town or a city like Atlanta or Manhattan, Karen leverages her privilege to get what she wants.

Karens can be irritating and infuriating, such as “coughing Karen“ who coughed on people in a New York City bagel shop.

At their worst, Karens can be downright racist, like the San Francisco woman who called the police on her non-white neighbor for writing “Black Lives Matter” in chalk on her own property or the Los Angeles woman who accused the black man behind her in line of stealing her phone only to find it right there in her purse where she put it.

Karen blew up on social media in tweets, memes, and even podcasts. The New York Times even published articles such as “A Brief History of Karen” and “The March of Karens” in reference to the moniker.

No one knows the first time that Karen was used but she has definitely become a staple this last year. Karen’s best friends Deborah and Susan share similar traits, hence a drop in those names as well.

Interestingly, Karen is actually one of the most popular names of all time. That‘s part of why her name is what it is--she‘s a typical, average, white woman. Karen has already been more of an older American name and it‘s likely that soon nobody younger than high school will answer to it.

Why Brandon is Declining as a Baby Name

Brandon has historically been a common name for American baby boys. It reached its peak in 1992, 1993, and 1994 when Brandon ranked as the 6th most popular name for male babies.

Since the 2010s Brandon’s popularity has been slowly declining, and the name saw a sharp drop for the first time this last year, and here’s the reason why:

The phrase “Let’s Go Brandon” became code for “F—k Joe Biden) after a crowd chanted the latter at a small-town Alabama Nascar race. The crowd’s chants were initially misunderstood to say “Let’s Go Brandon” because they were happening while driver Brandon Brown was being interviewed after having won his first Xfinity Series.

After this mix-up, Republicans began using the phrase “Let’s Go Brandon” to insult both President Biden and the Democratic party in tweets, in pics on social media, and in more elaborate demonstrations as well.

In one instance, a banner reading “Let‘s Go Brandon" was displayed over a construction site that Biden’s motorcade drove by. In another, a group chanted the phrase outside a park in Virginia while Biden made a speech.

Even a pilot made the announcement “Let‘s Go Brandon“ on a flight (much to the shock of some passengers) and retailers picked on the chance to create hats and t-shirts with the phrase.

Brandon may have a comeback at some point but for now, it's safe to say we will see fewer babies with the name in the next year or two.

What Names Are Rising in Popularity?

Parents these days are choosing more simple, two-syllable names like Flora and Ocean for their babies. We also see a lot of long “A” sounds, such as in Banks or Taytum on the rise.

Cottagecore names, inspired by nature, continue to grow in popularity as well. This trend started during the pandemic, presumably because lockdown (a time when we were trapped at home all day and night ordering everything we needed off Amazon) had people becoming more nostalgic and appreciative of the outside world.

The name Raya saw the greatest increase in popularity, due to the popularity of Disney’s ”Raya and the Last Dragon.” (Little girls at Los Angeles, California’s Disneyland and Orlando, Florida’s Disney World will be lining up to meet their namesake in a few years!)

Girl names on the rise include:

Boy names on the rise are unique and often start with the hard C or K sound. Three-syllable names are being chosen more often as well.

Boys’ names growing in popularity include:

What Are the All-Time Most Popular Baby Names?

Some names stand the test of time. American parents have chosen these names the most over the span of the last 100 years, whether it‘s because they are used in Hollywood or whether they are passed down in families, they just don‘t get old.

Many of these names were most popular during the baby boom following World War II, but they are still going strong. And no matter your age, we are betting that you went to high school with at least half of them.

All Time Most Popular Baby Names for Boys

All Time Most Popular Baby Names for Girls