Meaning and Origin of: Patrick 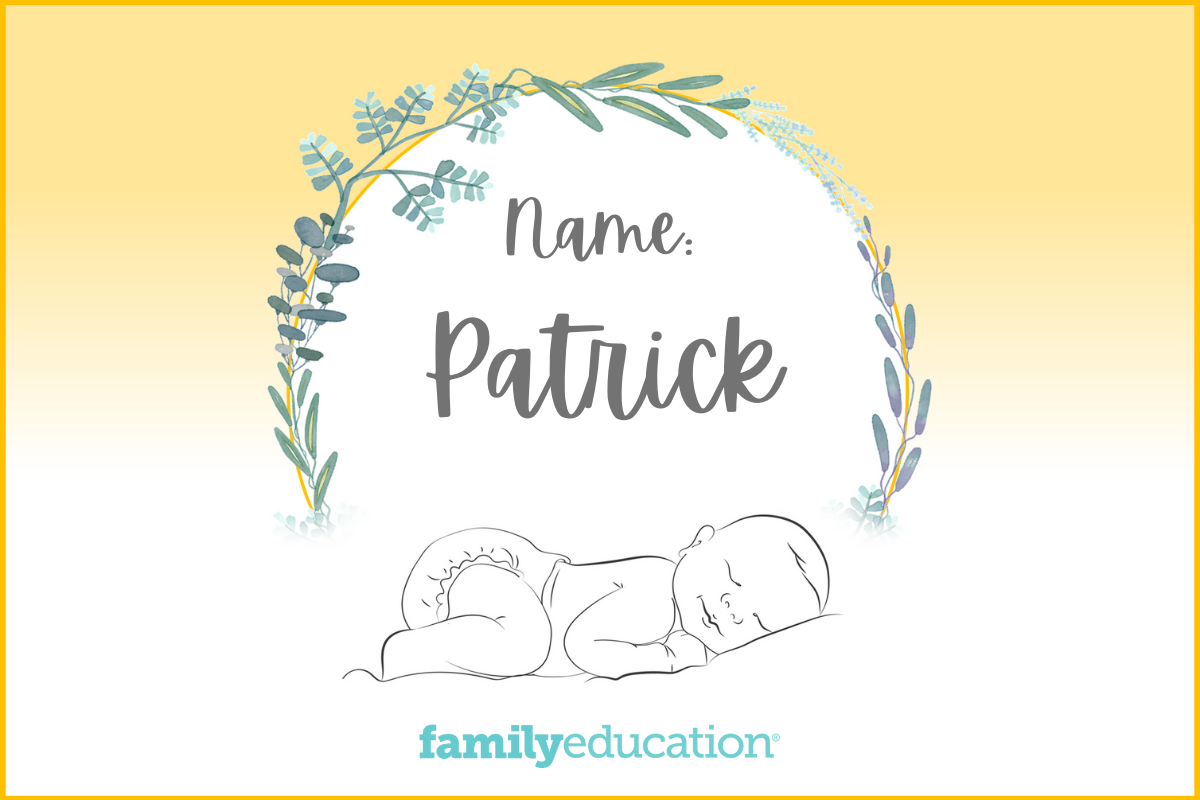 What Does the Name Patrick Mean and Stand For?

The Name Patrick comes from the Latin name Patricius, meaning "nobleman." It has roots in Scottish and Irish, coming from the Gaelic Mac Phádraig "son of Patrick."

What Does the Name Patrick Mean?

The name Patrick is a boy name of Latin origin, coming from Patricius which meant "nobleman."

In the 5th century, the name Patrick was adopted by Saint Patrick, the Romano-Briton who became the apostle and patron saint of Ireland. It was largely due to his fame that the personal name was so popular from the Middle Ages onward.

How Popular is the Name Patrick?

According to Google search data analysis, in the last five years Patrick was at its peak popularity in February 2020.

Popularity of the Name Patrick in the United States

Patrick was searched for most often in the following states:

Patrick is a popular name for entertainment characters, appearing in SpongeBob SquarePants, American Psycho, and The Perks of Being a Wallflower.

Pairs Well With These Middle Names