L. Elizabeth Forry
Scotland has a brave and exciting history, including Scottish clans, folklore, and castles. Find your Scottish last name and learn about its meaning and origins.
Table of contents 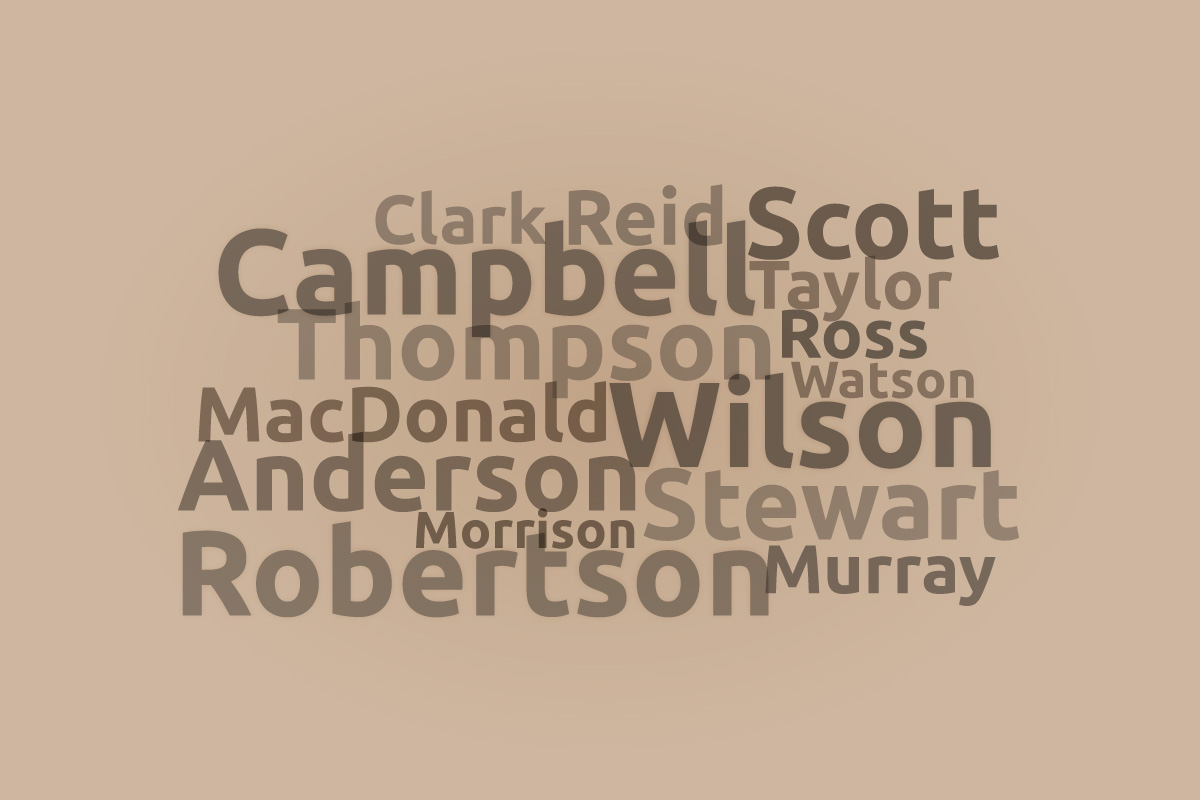 Scotland. A land of adventure, romance, mysticism, and underdog kings and queens. Many North Americans have Scottish ancestors, particularly people from Nova Scotia (New Scotland), the east coast of the United States, and the American south.

Like the English, the people of Scotland didn't really use last names until they were introduced by the Normans in 1066.  Like many cultures, Scottish surnames were passed from father to son, but each generation usually had its own moniker.

Families added Mc or Mac, which means "son of," to a first name to create a family name. For example,  a McDonald or Macdonald was the son of Donald; however, his son may have a different last name altogether depending on the father’s first name.

Other last names are derived from one's occupation, region, physical characteristics, and clan names. For example, the famed hero from Braveheart, William Wallace, was a member of the Wallace clan, a subgroup of the Lowlands Scottish Clan.

Some Scottish last names were taken from Gaelic words and names. This method was predominantly used in the Highlands.
If you’re interested in knowing whether your surname is a Gaelic name or patronymic name, one passed down from father to son, or something altogether different; we’ve gathered together the origins of some of Scotland's most popular and prominent last names!
Use the list below to find your last name and learn all about its meaning and origins.

When people think of Scotland, they often think of kilts, bagpipes, and clans. Scots tend to hold their clan in pride, so it makes sense that some of the most common surnames are derivatives of the original Scottish clans.

Like many cultures, some Scottish last names originate from a family’s profession. Knowing what your surname means may give you a glimpse at the job of your ancestors.

Some surnames are not as straightforward as others; for example, the last name Walker was common for fullers, individuals who walked on a damp cloth to shrink it; yes, that was an actual job! On the other hand, Smith became the last name for any type of smith; blacksmith, silversmith, locksmith, gunsmith, etc.

Like much of the world at the time, Ancient Scotland was divvied into tribes, clans, and regions. Some people used a surname that indicated their clan, while others may have chosen or assigned a given name, particularly if they moved to a new area that referenced where they came from.

Place names are quite common in Scotland, and many may have their origins in other languages.

Below are the ten most common names according to the National Records of Scotland reported in 2014.