Meaning and Origin of: Martin 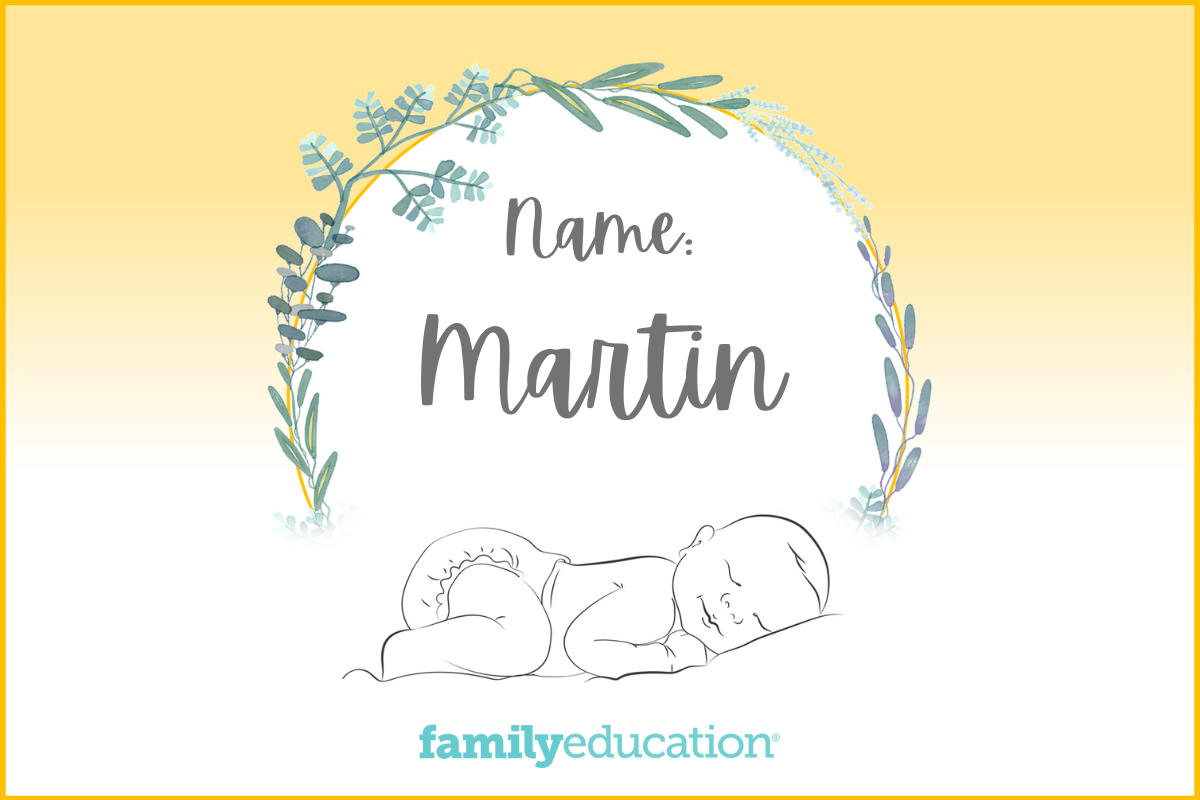 What does Martin mean and stand for?

The name Martin is of Latin origin and means "warlike." It is from the Roman name Martinus, which was derived from the Roman Martis, or god Mars. The Patron Saint of France, Saint Martin, is one of the earliest notable namesakes.

What Does the Name Martin Mean?

Martin has been a popular name for quite some time, meaning "warlike" in Latin. Martin has not only been popular worldwide, but it has been forever engraved in various works of literature.

How Popular is the Name Martin?

Martin is the number 302 most popular boys name in the US, according to 2021 Social Security Administration data. Once one of the most popular names in the world, Martin has slowly been decreasing in popularity, dropping a few ranks each year.

Popularity of the Name Martin in the United States

According to Google search data analysis, in the last five years Martin was at its peak popularity in January 2020.

Martin was searched for most often in the following states:

Due to the age of the name, Martin has almost too many pop culture appearances and namesakes to count. Most notably in history is Martin Luther, 8th President Martin Van Buren, and Martin Luther King Jr. Other namesakes include actor Martin Sheen, actor Martin Short, writer Martin Amis, director Martin Scorsese, actor Martin Freeman, comedian Martin Lawrence, and Martin Starr. Aside from notable namesakes, Martin has been very apparent in literature, appearing in the novels Martin Chuzzlewit and the Redwall series. Not to mention, Martin has made hundreds of appearances in movies and television, with the following who stand out: NCIS: Los Angelos, Martin Mystery, Fraiser, Back to the Future, and The Simpsons.