Meaning and Origin of: Steven 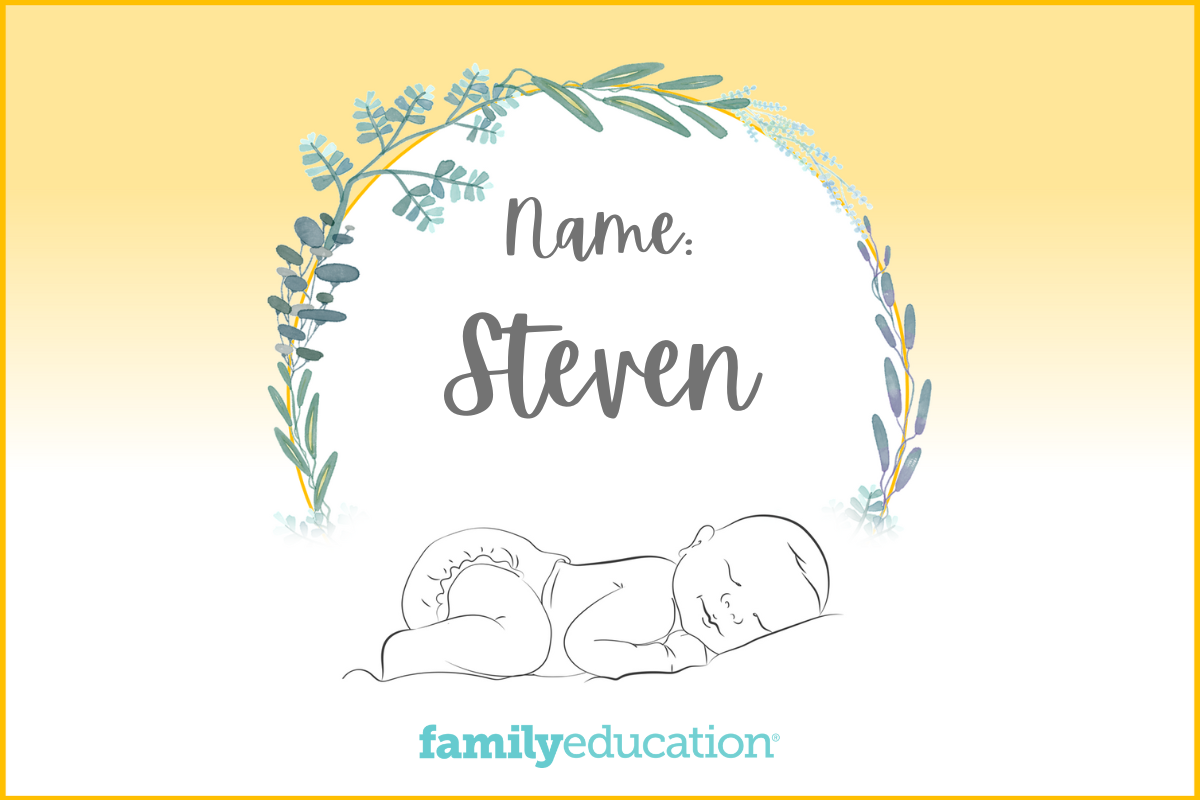 What does Steven mean and stand for?

The name Steven is of Greek origin and means "crown." It is the Medieval English variant of Stephen.

What Does the Name Steven Mean?

The name Steven means "crown" and has become much more popular than its original spelling, Stephen.

How Popular is the Name Steven?

Steven is the number 235 most popular boys name in the US, according to 2021 Social Security Administration data. Though still fairly popular, Steven has been slowly decreasing in popularity after dropping out of the top 100 in 2008 - the first time in 70 years!

Steven is a classic name that has been on the charts for decades. It's brother Stephen was once more popular, but the modern Steve has slowly started to surpass both.

Popularity of the Name Steven in the United States

According to Google search data analysis, in the last five years Steven was at its peak popularity in September 2019.

Steven was searched for most often in the following states:

As the name Steven becomes more and more popular, so does its impact on pop culture and those who bear the name. Among some of the most notable namesakes are director Steven Spielberg, director Steven Soderbergh, Apple founder Steven (Steve) Jobs, Nobel prize winner Steven Chu, Aerosmith singer Steven Tyler, and of course, singer Steven "Randy" Jackson. With namesakes like these, it's no surprise that the name Steven has appeared in That 70s Show, Poltergeist, Captain America, and Cyberbully.