Meaning and Origin of: Simon 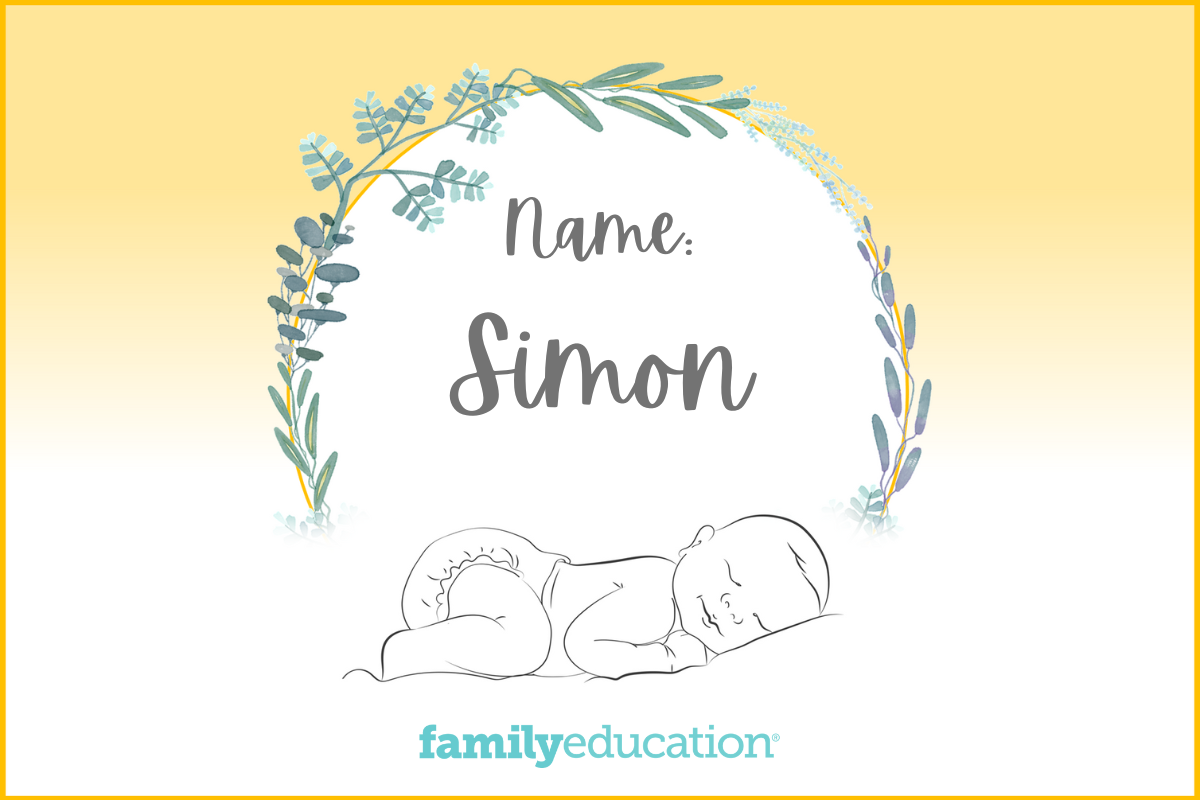 What does Simon mean and stand for?

The name Simon is of Hebrew origin and means "he who hears." It is derived from the Greek simos, meaning "flat nosed," and was readily apparent in Greek mythology before becoming a large part of the Bible.

What Does the Name Simon Mean?

The name Simon is both Hebrew and Greek and can mean "flat-nosed" or "he has heard." It is an Old Testament and New Testament name that tends to be used less than others. Simon is the more modern spelling of Simeon.

How Popular is the Name Simon?

Simon is the number 247 most popular boys name in the US, according to 2021 Social Security Administration data. It has been fairly stagnant, staying within 20 ranks of 247 since 2000.

However, it is the 27th most popular name on FamilyEducation.com.

Popularity of the Name Simon in the United States

According to Google search data analysis, in the last five years Simon was at its peak popularity in March 2018.

Simon was searched for most often in the following states:

An Old and New Testament name, Simon has been around for centuries. In the Bible, Simon originally had the name Saint Peter and was the son of Jacob and Leah. Other Simons in the Bible include Simon the Zealot and Simon Magus. Not to mention, Simon Bolivar is historically known as the liberator of Latin America. Of course, there are more modern namesakes such as actor Simon Baker, music producer and TV personality Simon Cowell, English producer Simon Fuller, actor Simon Helberg, singer Simon John Charles Le Bon, musician Simon Townshend, and singer Simon Jonathon Gallup to name a few. Simon has also been a very popular pop culture choice, appearing in Firefly, Carry One, Lord of the Flies, Uncle Tom's Cabin, 7th Heaven, and Frasier among many others.