Meaning and Origin of: Jeremy 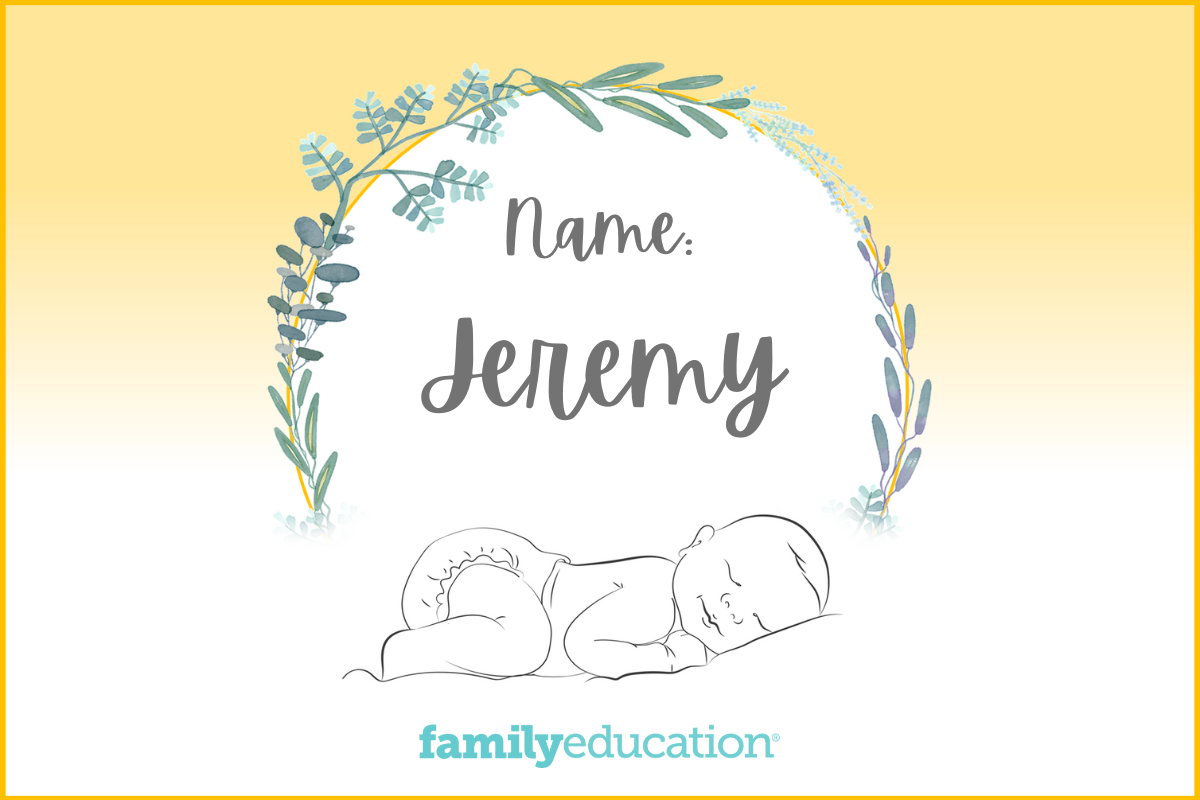 What does Jeremy mean and stand for?

The name Jeremy is of Hebrew origin and means "chosen by God." It is the English variation of Jeremiah and this particular spelling can be found in some versions of the New Testament.

What Does the Name Jeremy Mean?

Jeremy was once incredibly popular in the 1970s and 80s, as the name derives from the biblical Jeremiah and means "appointed by God." Jem was also once a popular nickname, which influenced the choice of many when choosing this given name.

How Popular is the Name Jeremy?

Jeremy is the number 239 most popular boys name in the US, according to 2021 Social Security Administration data. Holding a spot in the top 100 until 2003, Jeremy has slowly faded down the list; however, it has remained in the top 300 for decades.

However, it is the 24th most popular name on FamilyEducation.com.

Popularity of the Name Jeremy in the United States

According to Google search data analysis, in the last five years Jeremy was at its peak popularity in February 2022.

Jeremy was searched for most often in the following states:

A song by Pearly Jam, Jeremy is very prominent in pop culture. The name gained popularity with the character Jeremy Atticus "Jem" Finch in To Kill a Mockingbird and has since appeared in The Vampire Diaries, Phineas and Ferb, Jeremy Fink and the Meaning of Life, and Peep Show. There are also many notable namesakes with the name, most recently actors Jeremy Renner and Jeremy Piven. Alongside those two, the name invokes images of British leader Jeremy Bernard Corbyn, actor Jeremy Philip Northam, actor Jeremy Michael London, and television presenter Jeremy Clarkson.