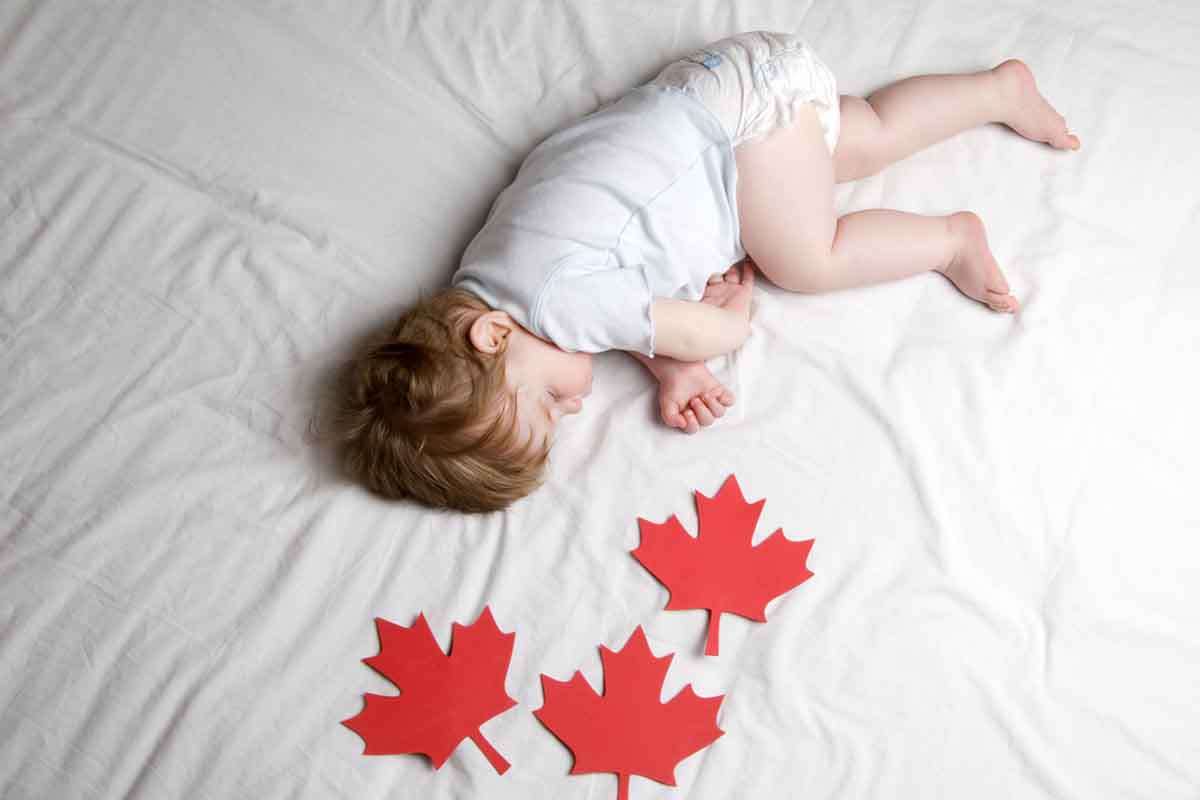 The Most Popular Canadian Names

We've rounded up the most popular names in Canada and compared them to the naming trends in the United States to see just how close they compare.
Samantha Celentano

So, you’ve been setting up the nursery while gathering up the necessities, and now it’s time to explore some names!

A quick search reveals that Canada and the United States are neighboring countries that share a lot more than the beautiful Niagara Falls. Naming our little ones is one thing we do as parents that affects our children for the rest of their lives. You may have religious reasons for a name. Or maybe you follow a family tradition. In recent years, we’ve seen pop culture play a role in parents searching for just the right name for their bundle of joy.

More: These Will Be the Most Popular Baby Names + Trends in 2021

In 2019, the Netflix Original To All The Boys I’ve Loved Before starred Noah Centineo and gave inspiration to millions of parents both in Canada and the United States to name their baby boys, Noah. And it still ranks in the top ten of Canadian boy names today!

So, what makes a name more Canadian? Well, it’d be stereotypical to assume that Canadians name their babes after hockey players and maple trees (maybe offensive too? Though Maple is actually an ADORABLE baby girl name). Where are all the Gords, Grahams, Darcys, and Lornes? Those trends got left behind decades ago.

Canada is the third-largest country in the world, and its naming trends go hand-in-hand with the United States. From Yukon to Nova Scotia and all the provinces in between, you’ll find their MOST popular names often correspond with the ones from the US.

We’ve taken up the task to find the most popular names in Canada and compared them to naming trends in the United States to see just how close they rank.

Places in Canada like Saskatchewan and Manitoba really LOVE the name Liam, and who wouldn’t? It’s a shortened version of William, which still finds itself on the top board in 2021.

While Olivia is top overall, French Canadians in places like Quebec hold the name Emma even closer. And if you’re reading from the United States and think you’re recognizing a trend, you’d be right! With both countries sharing one of their languages, there are definitely similarities to point out.

See the full list of popular girl names in the US here.

So, Olivia doesn’t sit in the top spot in the U.S. for girls’ names, but Canadians #4 Sophia does! In a year of such uncertainty, the name trends in the countries are staying the course, with some names moving around but still making that top ten. What you’ll also notice is that Americans like to play around with the spelling of these popular names while in Canada, they seem to stick to the more traditional spelling.

See the full list of popular boy names in the US here.

Oliver is the most popular boys’ name so far this year, and in Canada’s province of Nova Scotia, it ranks number one too. Popular ones that didn’t make the top ten baby names in the U.S., like William, still land in a top spot for a middle name choice!

Reading through all the lists, it’s obvious these two countries share a lot in common. And it comes as no surprise either since they border each other. The US baby name lists seem to change more from year to year than in Canada, but there’s still a lot in common.

Now, will the baby naming trends go more unisex and gender-neutral in the future? Maybe! We’ve noticed names like Riley, Avery, and Charlie on the rise in Canada. Classic names will still make the lists, sure, but new trends are emerging.

Naming your baby in this new year of renewal and growth can take on so many forms. You can go the traditional route and change up the spelling for a unique spin. Or you can draw inspiration from the many characters across your favorite streaming services! Your little one is going to carry this name with them forever, so make it count!