Elisa Cinelli
If you’re looking to give your little one a Medieval name, you’re in luck. Here are the top Medieval names for boys, girls, and gender-neutral options.

Whether you’re a history buff or you just like the sound of old, unique names, consider giving your baby a medieval name! Medieval origins give a little extra interest to a chosen name.

Not remembering exactly what defines the medieval times? The medieval period, often referred to as the Middle Ages, took place after the fall of the Roman Empire and lasted until the Rennaissance (they are called the Middle Ages because they fall between these two well-known periods). These times are remembered as the times of castles and knights. Much of Shakespeare’s work takes place during the Medieval period.

The Middle Ages were times of change and of the mixing of different cultures, as various tribes stepped up to govern lands that had been previously under Roman rule. Feudalism developed as kings needed help to rule over wide expanses of land, which later gave rise to the new ideas of liberty and self-sufficiency. There’s something special about these days, when people lived their lives so differently than we do today. What would they think of us?

Take a look at the geographical origins of these names and consider choosing one that gives a nod to your baby’s ancestry. But of course, there is no hard rule that says you can’t choose a name simply because it feels right!

Check out our list of 75 Medieval Names for your baby. 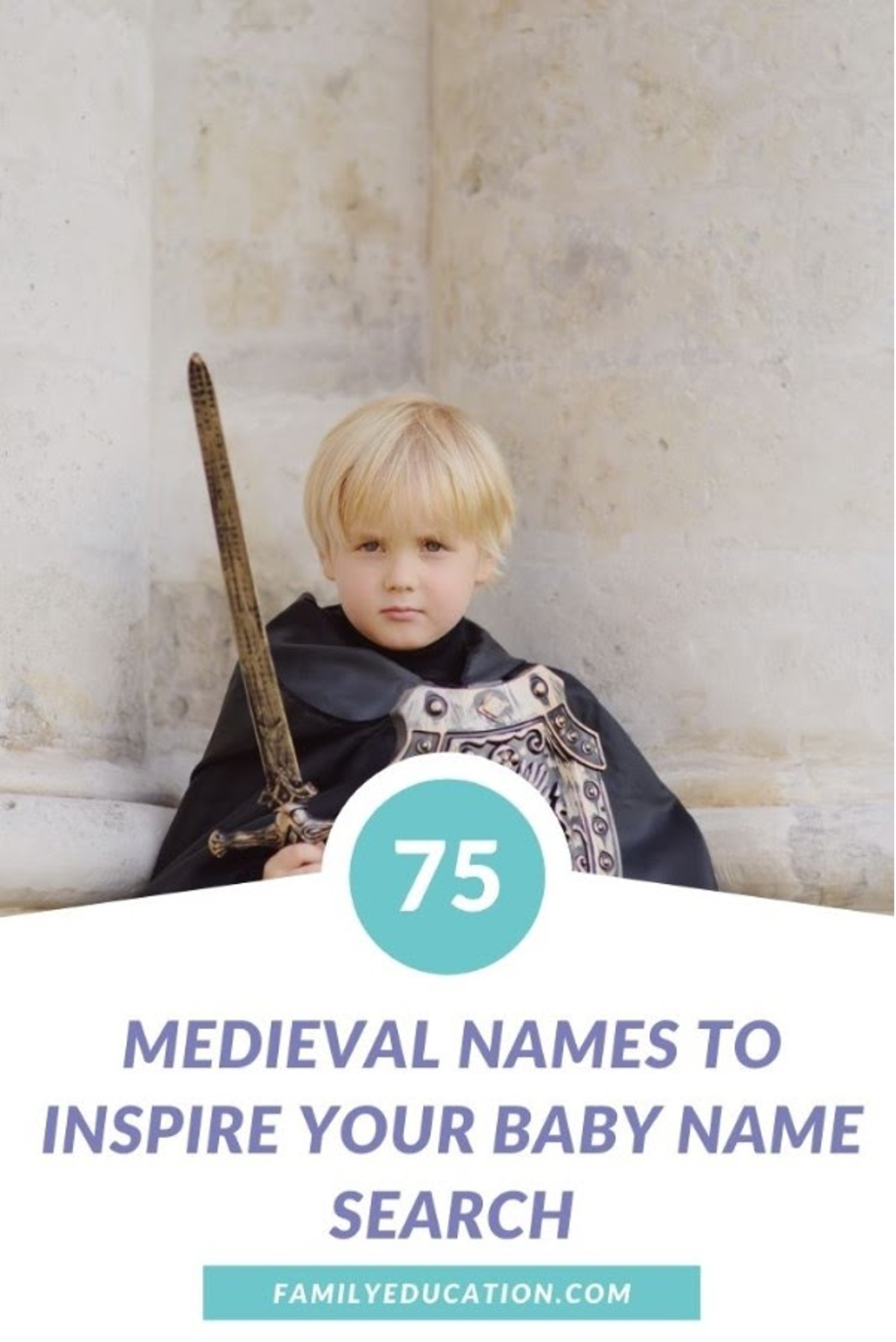