Elisa Cinelli
You don't have to be religious to name your child after a saint. Many of these women were inspirational and embodied traits you may want to instill in your little girl. Here are our favorite saint names for your baby girl.

If you are a Christian and you want to choose a baby name that honors God, consider naming your baby girl after a female saint. Catholic families traditionally give their children saint names, but not all Christian denominations venerate the saints.

There are more than 10,000 Catholic saints recognized by the Roman Catholic Church. The Orthodox Church venerates saints as well, but they are not always the same saints as those in Rome. The original Protestant movement did not recognize saints in favor of a direct connection with and an exclusive holy relationship with God.

Saints' names usually have Greek or Latin origins, and there are variations in Italian, Spanish, English, and more languages. For example, Irish children may be named with English variations of saint names, like Ambrose or Mary.

You don't have to be religious to name your child after a saint. Many of these women were inspirational and embodied traits you may want to instill in your little girl. You may also want to name her for the patron saint of a place or concept of personal importance.

Take a look through our list of saint names for your baby girl: 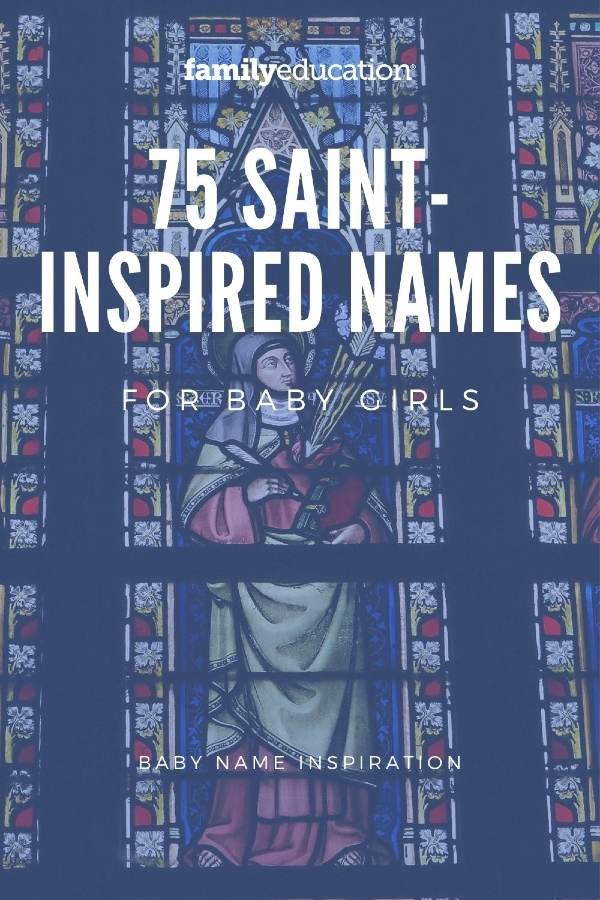