75 Names That Mean Death or Darkness

Stefanie Miller
Whether you’re looking to avoid names that are related to death and darkness or seeking them out specifically for traditional, or spiritual purposes, we’ve picked out our top list of 75 names that mean death.
Table of contents

When you first think about names that mean death, you could be put off from wanting to choose one of them for your new baby. However, that shouldn't necessarily be the case. Even if the baby name you decide on includes death in its meaning, it doesn't mean that you've automatically chosen something negative or morbid.

In Western culture, death is a topic usually discussed grimly or avoided altogether. In other cultures, though, death is treated as a celebration of life and often a way to connect to the spiritual world. Life and death go hand-in-hand and there’s a history full of gods and rulers related to the darkness. And don’t worry - you won’t curse your little one into being an evil child by choosing a dark, death-related name! There are some really great choices here that have equally great meanings. Whichever way you feel towards the topic, a death-related name would certainly stand out from the rest.

In this list of names that mean death, there are plenty of options for strong and original names that you will be happy to choose for your little one. In recent years, parents are increasingly adventurous with naming their children, and this list of baby names could well contain one that you fall in love with. 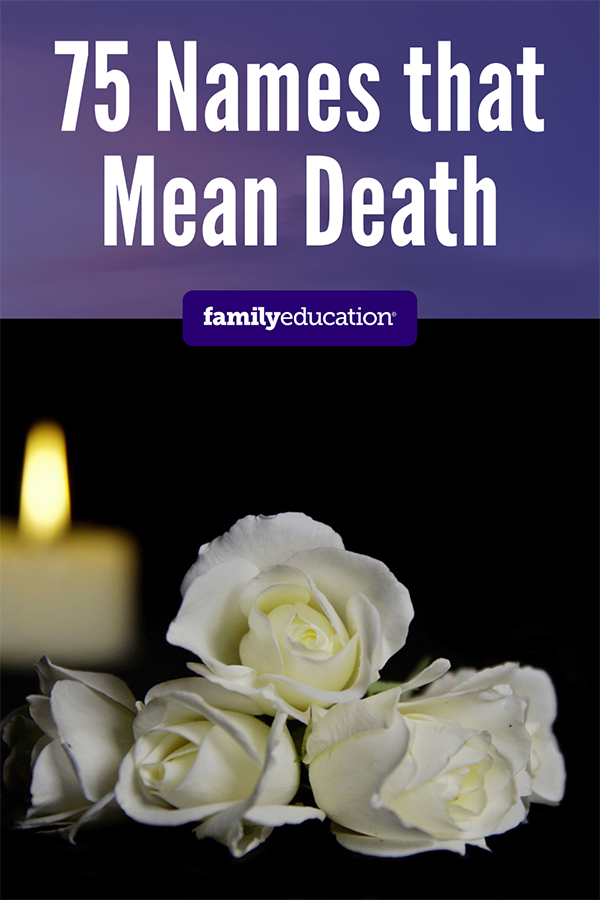