Our Baby Name Predictions for 2020

Here are just a few of the baby name trends you can expect to see on your social media feeds, and maybe even choose for your child in 2020.

It’s a new year; a fresh start, a new generation, and that means...adorable millennium babies will be born in 2020. Let’s explore some baby name trends we’ll see this upcoming year.

More: Why Emma Has Been The Top Baby Girl Name For Five Years in a Row

Beyond Emily and Jacob

In the 90s, the names Emily and Jacob topped baby name lists. The 90s also gave us pop-culture boy names such as Brandon, Dylan, Joey, and Matthew (thanks to hit shows like Beverly Hills 90210, Blossom, and Friends) along with Jessica, Ashley, Emily, Hannah, Stephanie, and Sarah for girls.

But times are a-changin’ and as we usher in the highly-anticipated 2020, traditional, once-popular names fall to the wayside a bit.

Curious what was popular in 2019? Here were top baby name trends predicted for 2019. 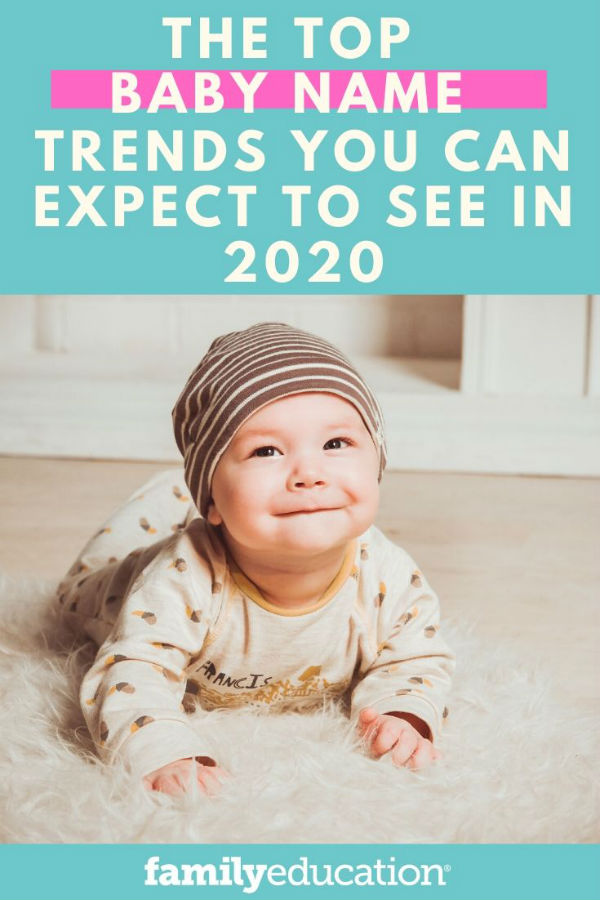 The name-oriented site Nameberry studies and tracks baby names; and this is what they predict will trend in 2020: a pop-culture influence for little ladies.

Actor Reese Witherspoon and singer Billie Eilish are inspiring parents to name baby girls Reese and Billie; while boy parents are opting for throwback names like Acacius and Lucius.

In 2019, we also saw strong influences from pop culture, especially television, with a huge rise in Game of Thrones inspired baby names.

Nameberry says you can expect to find these names trending in the new year for girls:

How Popular Names are Predicted

It’s all about the online name clicks! According to USA Today, this is how Nameberry predicts baby name trends: “Nameberry's formula measures the names that have attracted the most interest compared to last year from the site's 11 million page views. (The list is predictive and won't reflect the Social Security Administration's top baby names; meaning it’s overall a guess.)

Additionally, states USA Today, Nameberry co-creator and CEO Pamela Redmond Satran said in a news release: "The names here offer baby namers a heads-up on trends and specific names destined to get more popular in 2020 and beyond."

Names Trending on FamilyEducation for 2020

At FamilyEducation, we also rank our top baby names based on the number of clicks and interest they receive. We’ve rounded up the top names for boys and girls over the last three months, and predict these will continue to trend in 2020: