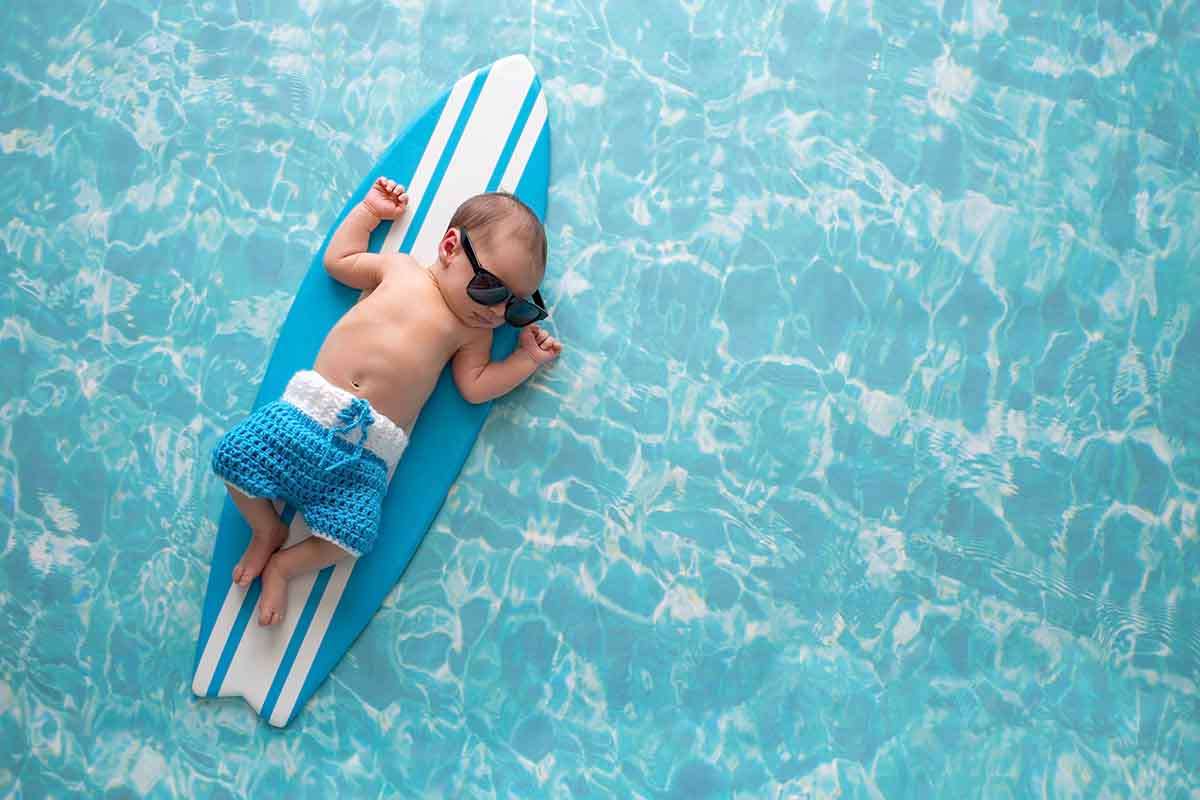 75 Surfer Names for Your Water Baby

Looking to make big waves with a surfer name for your little dude or dudette to be? Here is a list of 75 surfer names for boys, girls, and gender-neutral options.
L. Elizabeth Forry

For those Moms and Dads to be who love all things water, you might be considering a surfer name for your little dude or dudette to be! Many surfer baby names are influenced by Hawaiian, Australian, Native American, and Asian cultures.

But some great surfers themselves inspire some of these monikers. A courageous choice for a daughter would be Bethany for Hawaiian surfer, Bethany Hamilton, who survived and thrived after a shark attack. Kelly is a great unisex choice because of world champion Kelly Slater, considered by many to be the greatest surfer of all time.

You don't need to be from California or an Aussie surfer to appreciate such unique names as Waverly, which inspires images of water, or Bodhi, Sanskrit for awakened and enlightened.

If you are looking to make big waves with a beachy name, we have a list of 75 baby boy names, baby girl names, and a dozen-plus unisex names perfect for your little mermaid and mermen-to-be!