If you love the island lifestyle, consider one of these tropical island-inspired names for your baby. We've got island baby names for boys, girls, and gender-neutral options that exude sunshine, warmth, and relaxation.
Miranda Altice

Soft, white sand. Warm, crystal blue waters. Upbeat reggae with inviting aromas of coconut and sunscreen. If this imagery appeals to your senses, you’ve undeniably been kissed by the island gods themselves.

Whether your island beat sways to the lyrics ‘every little thing is gonna be alright’ or ‘it’s five o’clock somewhere,’ island adventures take on a whole new meaning with kids. Luckily, you can still honor your coveted tropical nostalgia by giving your little beach baby an exotic island baby name that whispers palm trees and sunshine.

Although there are thousands of words used in traditional South Pacific and Caribbean islander languages, we’ve conjured up 50 island baby names from the depths of the sea that will not only inspire some serious tropical island vibes but will also stir a longing for a salty lifestyle.

Considering an island baby name? Pin it to save these ideas for later: 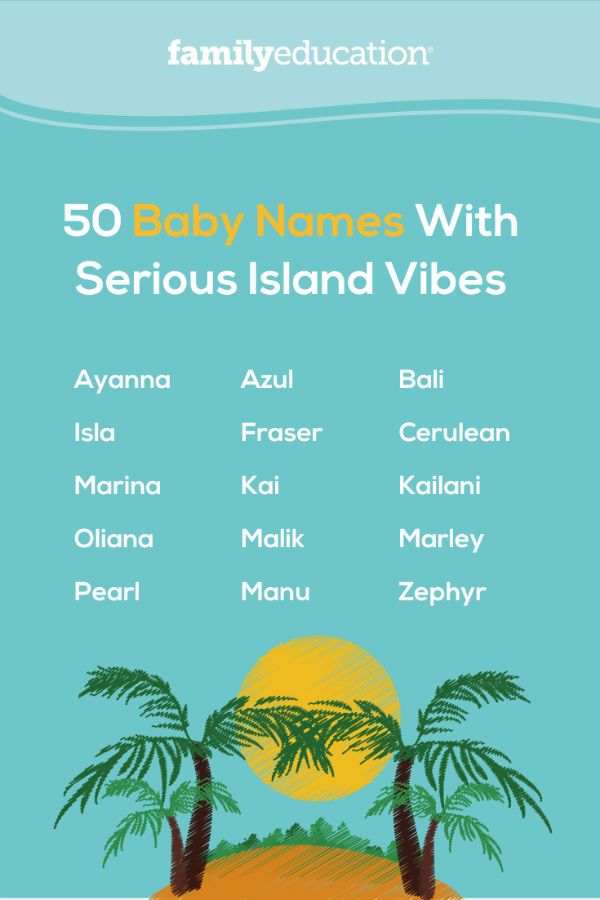