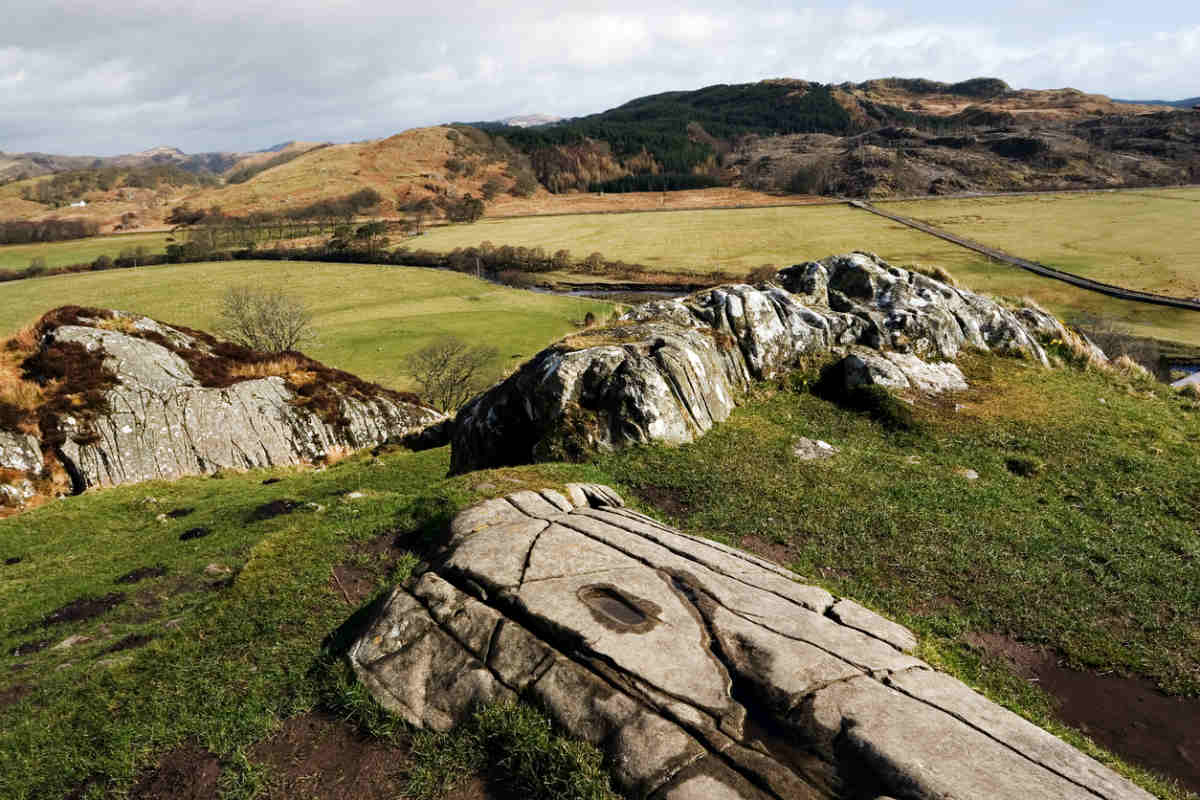 Gaelic is a Celtic language that includes the speech of ancient Ireland and the dialects that have developed from it, especially those usually known as Irish, Manx, and Scots Gaelic. Gaelic constitutes the Goidelic subbranch of Celtic.

A formal Gaelic name consists of a given name and a surname. Gaelic first names are comprised of linguistic elements from Goidelic, Latin, Norse, Anglo-Norman, and Scots. There are three different types of Goidelic names: descriptive names (usually nouns or adjectives), old compounds (names that were once fused together), and compounds.

It can often be difficult to tell if Gaelic first names are borrowed from Irish or Scottish Gaelic, since the Gaelic people were most commonly from Ireland, Scottish Highlands, and the Isle of Man. Gaelic names often have unique pronunciations and strong mythical backgrounds and heritages.

Image: Dunadd, an ancient sacred site of the Gaels, West of Scotland