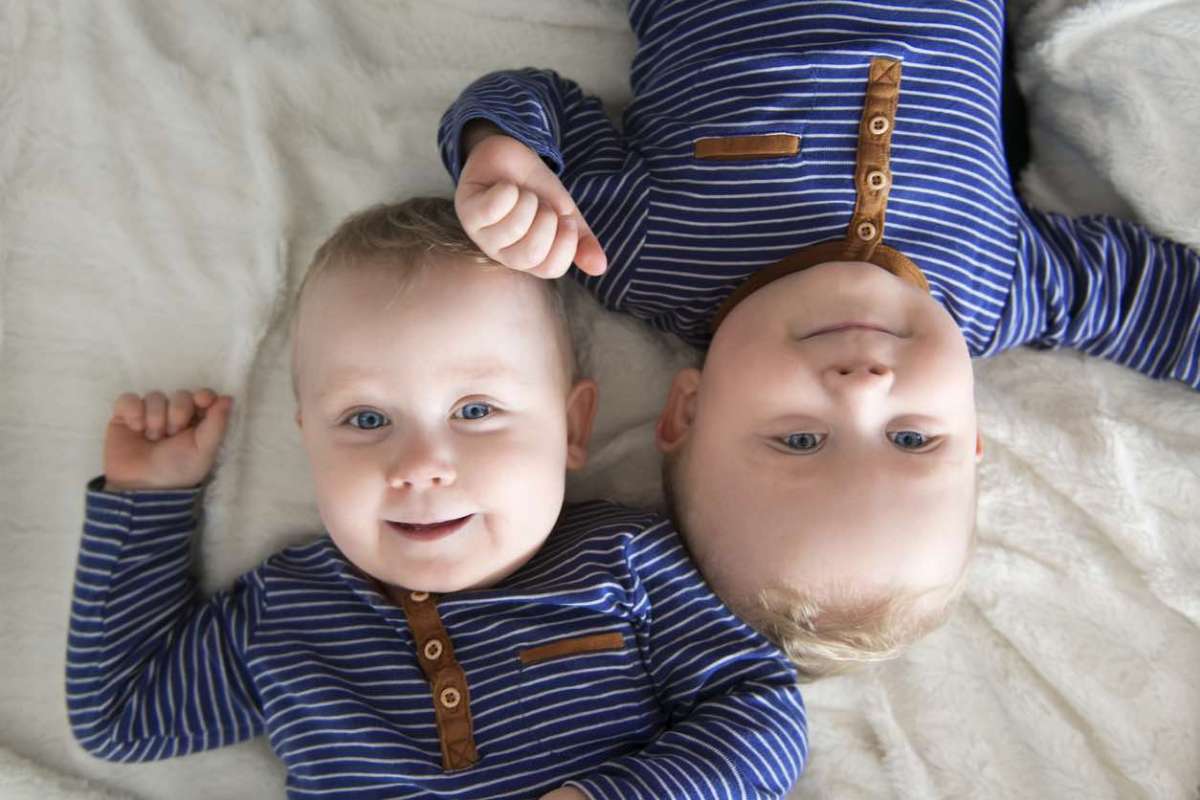 These twin boy names go together like brothers! From rhyming twin names to unique name meanings, they're two of a kind.
Stefanie Miller

Choosing a name for your newborn can be a challenge. This is especially true if you are expecting multiples and are searching for name ideas. We have compiled a name list of 100 of our favorite boy name pairings that are perfect for boy twins.

They are broken up into several categories such as rhyming names or names that start with the same letter. Plus, we included origins and meanings to be sure you pick the perfect baby boy name. If you are having a boy and a girl, some of these twin baby names include unisex names as well,

Great examples are Blake, Quinn, and Riley. There are even traditional nicknames that are growing in popularity for given names. (Think “Zack” instead of “Zachary” as an example.)

Whether you are interested in a popular name or something more unique, this list has plenty of choices for twin boy names. Maybe you’ll even find middle names you love, too!

Twin Names That Go Well Together

Twin Names that Start with the Same Letter

Twin Boy Names with Opposite Meanings